Is Dutch easy to learn? – Yes! 10 reasons why learning Dutch is easy 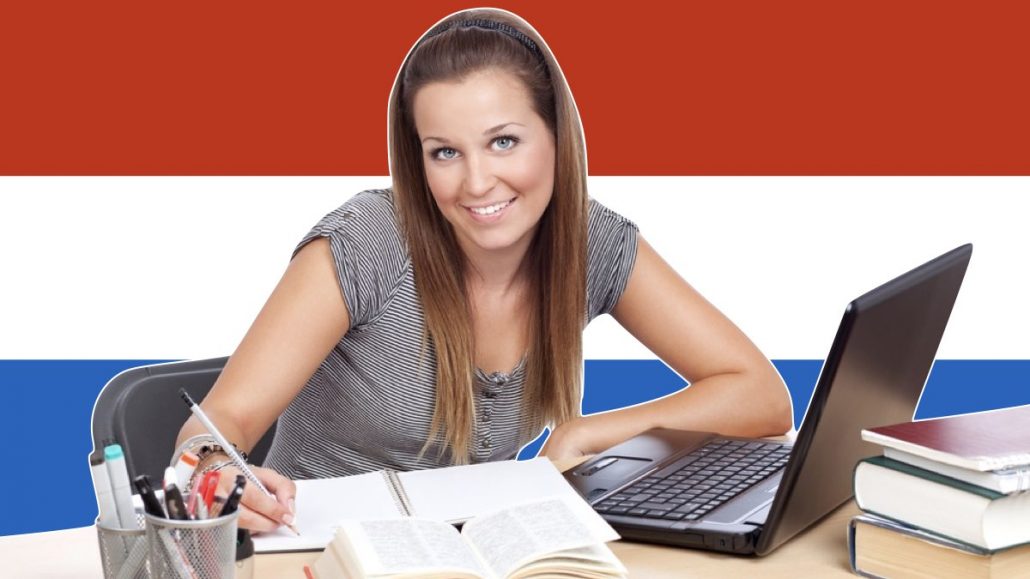 Before students start learning Dutch they often want to know if Dutch is easy to learn. My answer is always: Yes, it is! Here are my 10 reasons why Dutch is an easy language to learn.

1. Dutch is from the same family as English and German

English students frequently say to me that Dutch is the easiest language to learn. It makes sense because Dutch is part of the Germanic branch of the Indo-European family of languages, just like English. And if you compare it to another language of that family, German, it’s much easier. For example, it doesn’t include all those strange grammatical cases.

Maybe you didn’t realize it but you probably speak a little Dutch already. A lot of English words were initially used in… The Netherlands. The Dutch colonists were amongst the first settlers to set foot in America in the 17th century and of course they brought with them everyday Dutch words. (link naar Dutch words in English: 10 English words of Dutch origin)

Today you can find more than 1500 words in an English dictionary . And it’s not just in English. You can also find words in other languages like French, German, Spanish that have their origin in Dutch.

But not only do you find Dutch in other languages, it also works the other way around.

3. Dutch is open to other languages

The Dutch culture, and therefore the Dutch language is not afraid to accept foreign words or expressions. French, German and especially English words, easily find their way into daily Dutch conversation.

In recent years we have seen a lot of English nouns being turned into Dutch verbs.

Ik whatsapp je. (I will send you a message on Whatsapp)
Zullen we gamen? (Do you want to play a computer game?)
Ik heb gisteren genetflixt. (I watched Netflix yesterday)

You may be surprised but it’s also perfectly correct to say ik heb genordicwalkt (I have been Nordic walking). And Ik heb je foto op facebook geliket. (I liked your photo on facebook.)

And then there’s also the Dutch word skaten (to inline skate). A word that originally came from the Dutch word schaatsen, then turned into an English word “to skate” and then it came back as skaten, although this time it was on wheels and not on ice.

4. Dutch people like it when you try to speak Dutch

Dutch isn´t the largest and most important language on the world. We know that. That´s why people like it when foreigners try to learn our language. You can just say `Wilt u Nederlands spreken, want ik leer Nederlands` and most people are glad to speak Dutch with you. That brings me to number 5 on my list.

5. You can start immediately

With the basic vocabulary, grammar and key phrases you can start a basic conversation. And I can promise you, the more you do it, the easier it becomes. If you can find the opportunity to practise your Dutch on a daily basis or spend time on online self-study you will see that your competence in Dutch will increase exponentially. For basic Dutch vocabulary, check my online course ‘1000 most common words in Dutch’, for basic Dutch grammar do #dutchgrammar-1, and for Dutch phrases in daily situations, watch ‘Heb je zin?’

6. You can practise with people in the same situation

During the last Dutch Summer School I recognized a small group of students that had attended the previous year’s summer school. They seemed to be good friends. I was surprised to find that they had met the previous year and stayed in touch. They met once a month to eat together and practise their Dutch. The progress they made was impressive.

7. Don’t be afraid to make mistakes

You don’t have to be afraid to make mistakes. Dutch people speak sloppily and make mistakes as well. In fact, you will never meet a person that speaks perfect Dutch. Because when you speak, the information that you want to convey isn’t formed in a perfectly structured sentence in your head. Also, you add or change things while speaking. Even the teachers at the summer school don’t speak perfectly, although they maybe wish they could.

8. Your pronunciation doesn’t have to be perfect

The way you pronounce doesn’t have to be perfect, because there’s isn’t a perfect pronunciation. Almost every single person speaks differently, and maybe you know that there are a lot of accents and dialects. That means that Dutch people are used to different sounds of the r and g.

9. You can find Dutch in lots of different places

Maybe you learned a language in school by repeating lists of conjugations and learning irrelevant vocabulary. It doesn’t have to be that way. You can find Dutch music and Dutch books that are specially written for people learning Dutch, and there are Dutch films in which you can always select Dutch subtitles. If it’s fun, it’s way easier to learn.

10. You can select your own program

If you study online you can decide how you want to learn. If you’re the kind of person who likes to do a little bit of vocabulary and grammar every day, you can. If you’re more the type who learns best in large chunks, you can.

You thought it was that easy? I’m sorry to disappoint you but Dutch can be difficult as well. Next time I will give you 10 reasons why learning Dutch is difficult!