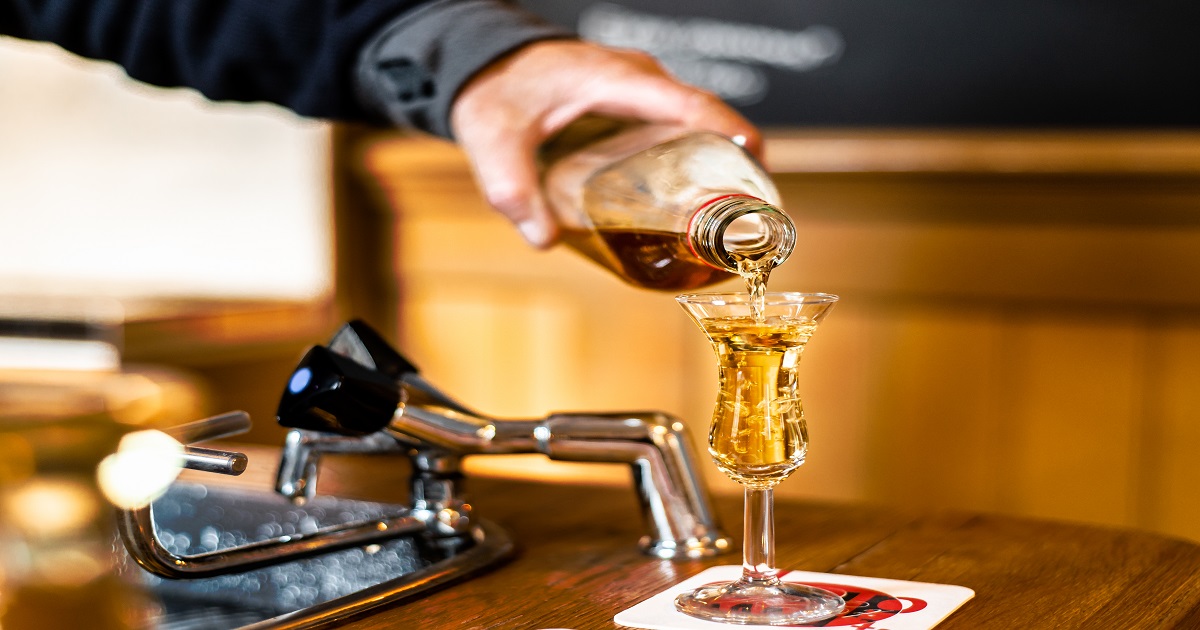 Is there such a thing as a ‘Dutch drink’ ?

What does one look like? In this blog I will tell you about typical Dutch drinks and how you can order them.

I also will look at what sentences could you use when you order these drinks in a Dutch bar.

In a bar? Yes, in a bar. Because, I don’t know why, but all Dutch drinks have at least some alcohol in them.

Let’s start with how to order drinks.

When you want to order in a bar there are a few options. Learn these three ways and ordering drinks will never be a problem.

You see? Sometimes, it’s easier than you expect. Now the typical Dutch drinks.

Biertje? With this one simple word you can order a beer or ask a friend if he wants to join you to drink a beer.

The two best known Dutch beers are Heineken and Amstel. And yes, it’s very common for Dutch people to drink these. They are the most popular kinds of pale lager. But that’s not all there is to say about beer in the Netherlands.

In the last couple of years new beers have come out of everywhere and nowadays there are hundreds of different kinds of beers. So don’t be surprised to see a wall of different beers in the local supermarket. A great thing that has come with this is the ‘biergarten’ (that’s a German word). There are open-air beer festivals where you can drink and taste all different kinds of beers. Also, there are many Dutch breweries which you can visit.

From beer I go to something a bit stronger….

You are probably familiar with ‘gin’. What you maybe didn’t know is that this was originally a Dutch word. It comes from ‘jenever’.

Jenever is a clear, malted grain-based spirit and it is made from the juniper berry. Jenever is usually still produced in the Netherlands. You drink it straight out of a ‘tulip glass’. Like the glass you see in the picture. Dutch people never mix it. But be warned: it’s pretty strong.

So what if you combine these first two? You get the Kopstoot

Kopstoot translates to head butt, and why is it called that? You drink a tulip glass of genever with beer. This combination is not for the feeble!

And if you want to drink it the Dutch way, follow these steps. Because the Dutch drink it in a particular way.

So we are talking about gin and beer, next to each other. (Not to be confused with the duikboot (submarine), where the gin goes into the beer).

If you think about the Netherlands, you think of the colour orange. So you’re not surprised there’s an alcoholic drink for it.

Another typical Dutch drink, and that is especially known for its colour, orange. Dutch people usually drink it on King’s Day, together with a lot of beers, when they celebrate the king’s  birthday.

On this day everyone is usually dressed in orange, so oranjebitter fits right in.

Advocaat is the Dutch word for lawyer. It supposed to be the drink that lawyers drank to prepare for trials. Nowadays, it has the image of being drunk by older ladies.

I think advocaat is a strange kind of drink. It’s a bit thicker than normal drinks, because it’s made of eggs, sugar and brandy. Some people top it off with whipped cream and ‘eat’ the advocaat with a spoon.

And last but not least…

Here it is again, your favourite Dutch food: Drop. And you’re not surprised we made a drink out of it?

Good news! This drink tastes sort of the same!

The drink has a salty yet sweet taste and it’s definitely worth a try. As the name suggests: this drink is typically drunk as a shot.

Snapte? Houdoe! – Learn how to speak like the people in Eindhoven