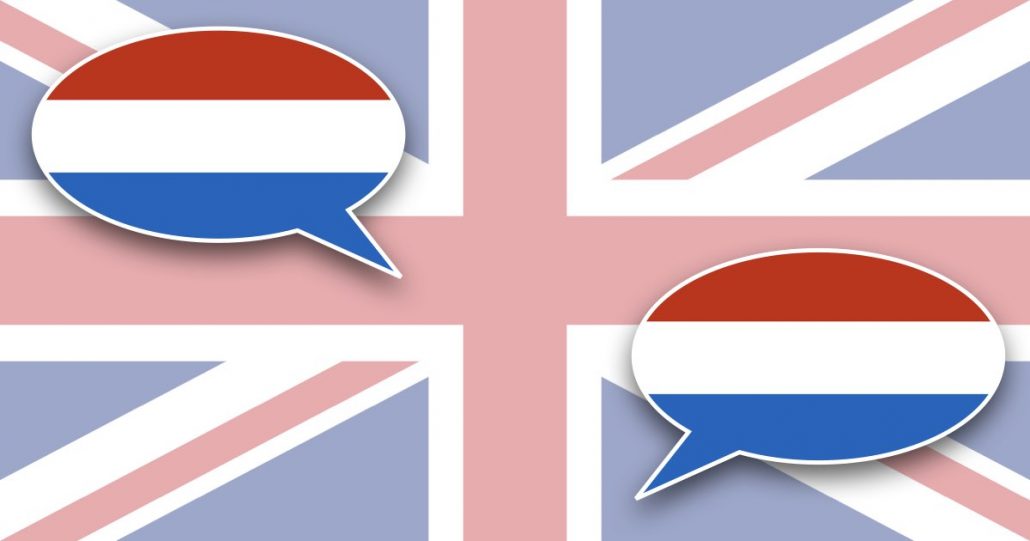 Earlier I posted that a lot of English words were initially Dutch words and this makes it a bit easier to learn Dutch from English. In this post I will tell you how these Dutch words ended up in the English language and I will show you which my 10 favorite words are. First we have to back in time to the 17th century.

When we talk about the Dutch Golden Age we are referring to the 17th century in the Netherlands. It was a period in Dutch history in which Dutch trade, science and art were among the most acclaimed in the world. Most of the Dutch words that are now used in English found their way into the language then.

Today you can find more than 1500 words in an English dictionary that come from Dutch. Let’s begin with two very important things, food and drinks.

If for breakfast you eat a pancake and a buckwheat waffle with butter, you are having a completely Dutch dish. Buckwheat comes from boekweit, a waffle is in Dutch a wafel and you can find butter as boter in a Dutch supermarket. Then you might decide to have a scone and a cookie, also two Dutch words. A scone is shortened from the Dutch schoon brood “fine bread,” and cookie comes from koekje “little cake”.

Later when you go to a bar, you order a beer (bier), brandy (brandewijn) and gin (jenever). If you drink enough of this booze (busen = “drinking”) you will be a drunkard (dronkaard, “person who is habitually or frequently drunk”)

Dutch words not only entered the dictionaries, you can also find them in the names of places. For example, New York is filled with Dutch streets and boroughs. Harlem (Haarlem), Flushing (Vlissingen), and Brooklyn (Breukelen), and also Wall Street (wal = “rampart”) and Coney Island (konijnen = “rabbit”) are examples.

And it is not only in North-East America that you find these Dutch names. If you go to the west coast and visit Vancouver you have gone to a town once called Van Coevorden and on the coasts of Australia you will find a lot of Dutch sounding islands and places, like Tasmania (Abel Tasman) and Van Diemen’s Land.

Sailing and the sea

English words of Dutch origin can reveal what was important in the 17th century, and of course a lot of things had to do with the sea. So you see that cruise was kruisen which means “to cross” in Dutch. And other words like corvette (corf = “small ship”), a sloop (sloep), a smack (smak – the sound it made on the sea), and a yacht (jacht).

My list of 10 favorite words English words from Dutch origin

The Dutch form baas was recorded in English from 1620s as the standard title of a Dutch ship’s captain.

A mannequin, a model to display clothes comes from the Dutch manneken “little man”.

How did such an innocent Dutch word (bazuin = “trumpet”) became a weapon known as a rocket launcher? The Americans probably took this word for the similar sound it made.

Sinterklaas is a Dutch and Flemish feast celebrated on the 5th and 6 December respectively. He came to the Netherlands and then moved to America. If you want to know more about this, check out the video I made.

This poker term, probably derives from Dutch bluffen, which means “to brag, boast,” or verbluffen “to baffle, mislead.”

To snoop is from Dutch snoepen “to pry,” also “eat in secret, eat sweets, sneak,”

Rucksack, also known as backpack, comes from the word rugzak, literally “back bag,”

Frolic, as in to have fun; the English language took the word from the frequently used word vrolijk, which means “happy” or “cheerful”.

An iceberg is a direct translation of the Dutch ijsberg, literally “ice mountain,” from ijs: “ice” and berg: “mountain”.

Who speaks Dutch? 10 famous people of which you didn’t know they speak Du...

Moving to Amsterdam? Follow these 10 steps!
Scroll to top