I fok horses… – Stonecoal English in the Netherlands 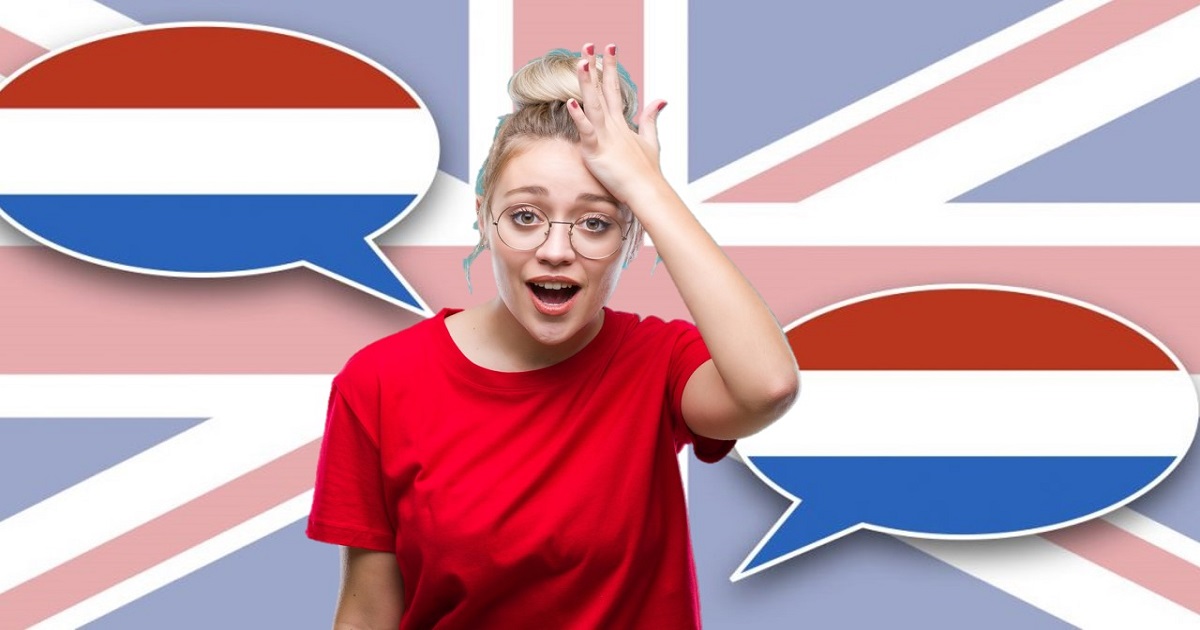 In this blog I wrote about the fact that the Dutch are proud to say that they are the best non-native speakers of English.

In fact, there is a name for the kind of English that a lot of Dutch people speak: steenkolenengels (stonecoal English) or Dunglish.

Dunglish is the mix between Dutch and English. It’s not only the name for the English that the Dutch speak badly, but also the name for what couples use when speaking with each other.

In my time as a teacher I often see couples with different nationalities and languages. Sometimes they choose to speak to each other in a mixture of languages. This isn’t a bad thing.

That way you still get some practice in speaking Dutch. One of the traps you can get into in a relationship (there are quite a few) is always speaking in a different language. Switching back is then really difficult.

If you start out with as much Dutch as possible, even if it’s a mix, this is a good thing!

In Dutch culture there are some famous examples of misunderstandings because of the errors Dutch people made in speaking.

During a meeting with John F. Kennedy, the Dutch Minister of Foreign Affairs Joseph Luns was asked about his hobbies. He said: “I fok horses”.

Kennedy, who was very surprised (of course), asked: “Pardon?”.

The confusion comes from the Dutch words ‘fokken’, which means to breed and ‘paarden’ which means horses.

Another example comes from a visit Winston Churchill paid to the Netherlands. During his visit, Churchill met with Dutch politician Pieter Gerbrandy. At one point, Churchill is supposed to have said, “Spring is in the air”.

And Gerbrandy allegedly said: “Why should I?”

So what happened? “Spring is” – in Dutch sounds like “spring eens”, which means ‘jump’. So Gerbrandy interpreted it as an instruction from Churchill to “Jump in the air for me”.

These mistakes can help you learn Dutch

The mistakes the Dutch typically make when speaking English can actually help you to learn Dutch! You can see the Dutch grammar applied to English

I concentrate myself on my homewerk.

I often hear this from international students and expats. The Dutch like to use “greetings” at the end of an e-mail or a letter.

This is of course because of the literal translation of “groeten”, which is normally used in Dutch to end a letter or a conversation.

Did you wrote that?

In the past tense, things can really go wrong for Dutch people speaking English.

A double past tense. This is because in Dutch in the perfect tense, talking about the past with two verbs, both are conjugated.

Also they use the present tense too often. Because compared to English, in Dutch this form of speaking about the past is way more frequent.

And then there’s the case of false friends. Because they sound familiar, and work kind of the same way, there are many words that look the same but are different.

The same word but different meanings. ‘Meaning’ sounds a lot like the Dutch ‘mening’. But ‘mening’ in Dutch means ‘opinion’. If you translate ‘meaning’ you get a totally different word: ‘betekenis’.

Talking about big numbers, things can get confused. Even more so if there are some false friends involved.

‘Willen’ in Dutch is a modal verb. It is used to express the desire to do something, as in ‘to want to’. But ‘will’ in English is a model verb used for the future tense. In Dutch you would use the verb ‘zullen’.

Do the Dutch speak English?

Where to study Dutch in the Netherlands? – Why these foreigners like Drenthe...
Scroll to top