Is Dutch easier than German? – YES! 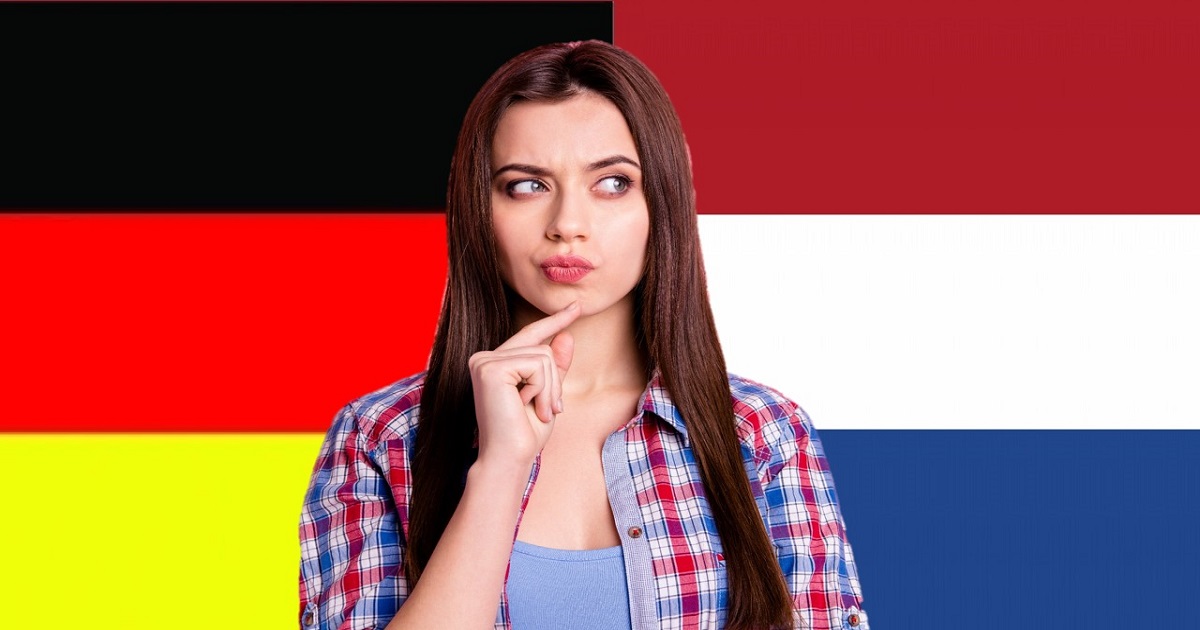 During the Summer and Winter Schools we see students from all over the world who are learning Dutch. Each year I’m surprised by the number of students who come here just to learn Dutch and also to visit the Netherlands.

Some of them moved here because they have a Dutch partner, some want to study here, others already work here. But every time, there are also students who are learning Dutch, just for fun!

Learning a language just for fun! Yes, those people exist.

The question is then: what new language should I learn?

For English speaking people, German and Dutch sound kind of familiar. So it’s normal that they consider choosing one of these two to study. Also, both languages and cultures have had their influence all over the world.

In this blog I will explain why Dutch is EASIER to learn than German. First, something about the languages.

Dutch, German and English are in the same family tree

Dutch is part of the Indo-European language family. Within this family, one of the largest subgroups are the Germanic languages which include English, Dutch and German.

Around the year 500 A.D., the Germanic dialects gave rise to separate languages, including Old Dutch. So Dutch is about 1500 years old.

To simplify a little bit, you can see it like this.

German is the oldest form. Dutch emerged from it, and from Dutch came English. So Dutch is closer to English.

Both languages have the same origin, so how is Dutch easier? Let’s take a look at the grammar.

Dutch grammar is easier than German

One of the biggest differences between Dutch and German is in the definite articles. In German there are three, whereas Dutch has two.

And this difference has a lot of consequences.

Here is an example:

The conjugation of the adjectives is related to this. German has different forms depending on the gender and whether it’s singular or plural.

In Dutch the choice is between two forms, with an extra –e or without. English has only one form: a nice boy, the nice woman, the nice houses.

Related to this is the forming of plurals. In Dutch the general rule is that you add –en or –s at the end of a noun. Of course, there are exceptions to this rule, but in most cases this applies.

In German there are more rules. And they vary according to the gender.

Why is Dutch easier than German?

Dutch and German share the same origin, but the further away a language has grown from that origin, the more it has changed and developed.

German is an older language.

One of the main factors affecting how difficult a language is, is language contact. When languages interact with each other, it means that the language adapts and usually leads to a simplification.

German has always been relatively isolated, but English has, in the course of time, come into contact with many different languages, for example French, Norwegian and Latin.

Conditions in Germany are better to learn the language

One thing that makes German easier to learn is that people in Germany speak German.

This might sound logical. But in the Netherlands, people are known to love speaking English. It is possible to visit Amsterdam or other big cities without speaking Dutch, unfortunately.

During the Dutch Summer School we like to change this, and let you get to know other people who are studying Dutch.

Learn Dutch to use in your office – RIGHT AWAY

Do you feel free in the Netherlands?
Scroll to top