Learn Dutch for… dating in the Netherlands ♥ 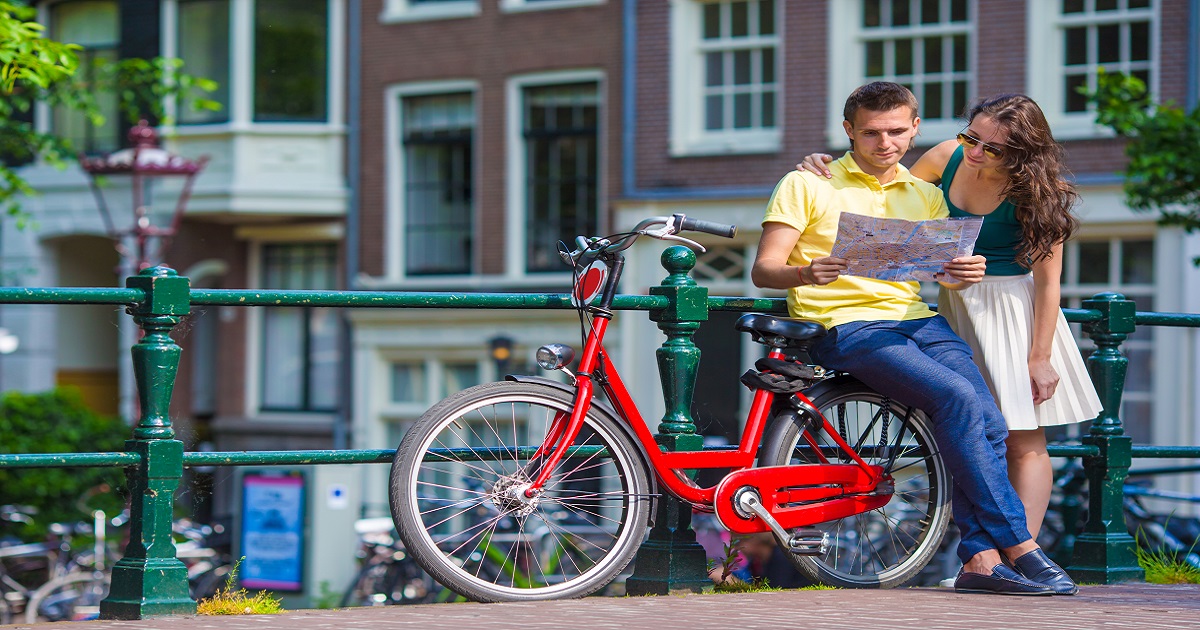 It’s a bit of a cliché, but having a Dutch partner is the best way of learning a language. And the thing that makes it so effective is that language is all about practice.

And feeling comfortable is really important. And hopefully this is the case with your partner..

But first, if you are looking for a Dutch date. What can you expect?

Flirting in Dutch might not be that different to what you are used to. One thing you should NOT expect is super romantic, elegant, flattering Dutch guys.

Dutch guys are known for being pretty direct and not shy of ‘going Dutch’.

The down side – you may have to open the doors yourself, ask or fish for compliments and pay for your dinner.

The up side – you know sooner when a guy is really honestly interested instead of just being romantic.

Especially in the last few years the Dutch have been getting married at a later age or they don’t get married at all.

According to the CBS (Centraal Bureau voor de Statistiek) women are on average 31 years old when they give their partner the ‘yes’ word. Men are a little older and on average get married around the age of 34.

And weddings are increasingly less traditional. They used to be in church, but nowadays there are themes, special locations and different kinds of ceremonies.

How to say girlfriend or boyfriend in Dutch? It’s a bit tricky. Let’s take a look.

In Dutch it is just “vriend” and “vriendin”, the same word as normal friends. So it depends on the article.

With ‘een’ it’s just a friend.

With “mijn” it’s your girlfriend.

Breaking up might be a part of your Dutch relationship. Let’s hope not, but you never know.

What are the words and sentences you should use?

Or a new way is ghosting. This means just not responding to messages anymore. In Dutch we have the same word.

More chances – more and more singles in the Netherlands

The arrival of dating apps has turned the way we date upside down. Before 2010, you still had to go out to meet your date. Now there’s Tinder, Happn and Bumble.

In the Netherlands there is a large increase in the number of singles. According to Statistics Netherlands, there are approximately 2.8 million singles in the Netherlands. This number is expected to increase significantly to more than 3 million in 2025.

Interested to see how the Dutch date? There’s a show you can watch, First Dates.

Not only can you see how the Dutch approach their first dates. It’s also a good way to learn Dutch. You will hear how the Dutch introduce themselves, talk about themselves and ask questions.

Some think cheesy opening lines are the way to go. Here are some:

(Don’t I know you from Greece? No? Because that’s where all the goddesses come from, don’t they?)

(Is your father a pirate? Because you are a treasure.)

But think twice before using these. Dutch people have the tendency not to like over the top romantic behaviour. Mostly they prefer honesty.

The Dutch like to call each other by different pet names and affectionate nicknames. Some examples:

I made a video lesson on Dutch vocabulary and sayings, related to love.

If you are dating a Dutch girl or boy, then this lesson could be helpful to you.

And if you’re not, I wouldn’t skip it, because you never know!

The Netherlands: What to do in autumn?

7 Tips to improve your Dutch reading skills
Scroll to top