The Netherlands: What to do in autumn? 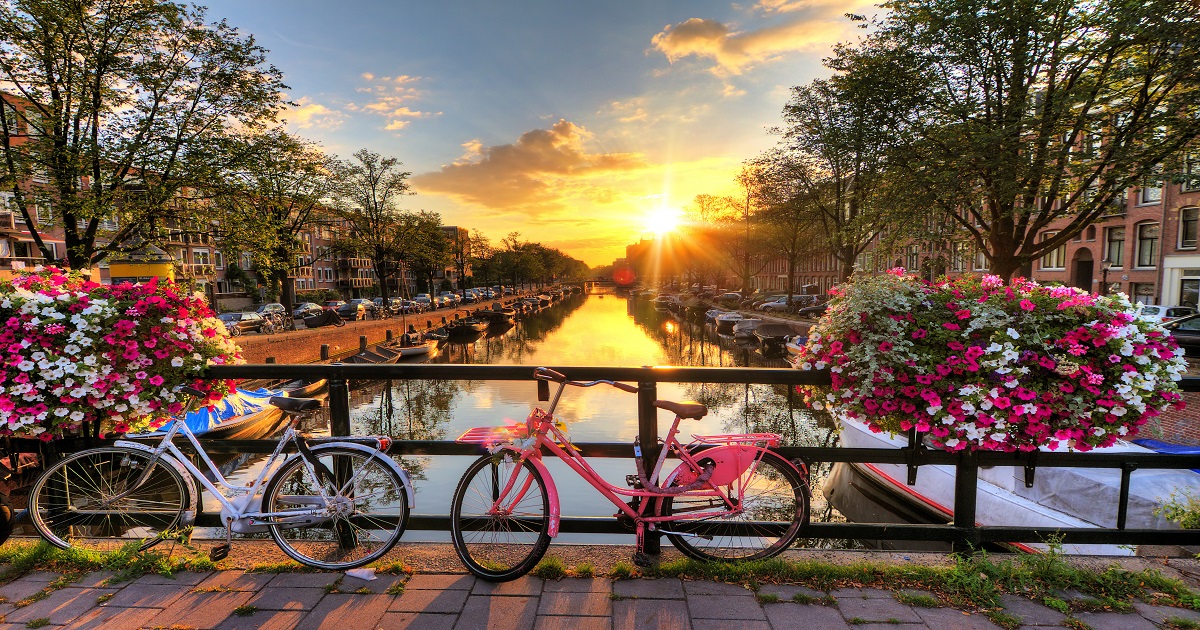 Autumn has a bad reputation with both foreigners and many people from the Netherlands.

And it’s true that the days become noticeably shorter and the temperature drops, and after a nice summer you will be spending more time inside. And yes, at the end of autumn the rain turns to hail and black ice. There are some things you could consider to be not that great.

BUT… In this blog I will prove the opposite.

Autumn in the Netherlands is not that bad!

First, let’s start with the bad news: the weather in the Netherlands in autumn.

The weather and the climate in the Netherlands are governed by the sea. That’s why lots of foreigners find it pretty wet, or at least it changes quite quickly. And also, that there’s a lot of variation between the seasons.

In summer, the water in the ocean becomes much warmer. Then in autumn the temperature of the land drops. When water vapour from the warm North Sea meets cold air from the land, it quickly condenses and falls as rain .

And it’s not only rain!

Because of big changes of pressure in different areas, there is a lot of wind. So it’s time for your raincoat and an umbrella and being extra careful in traffic!

Enjoy the colours of autumn

In autumn the colours of the leaves in the trees change from green to golden yellow and reddish brown. The trees shed their leaves to save energy for the approaching winter.

And there are many places to enjoy this!

Not only in the nature parks outside of the cities, but also in the city centres themselves. For example in Amsterdam or Utrecht.

You might picture one of these cities, thinking about the canals and small houses. What you might not realize is that there are also a lot of trees next to the canals. And these are at their most spectacular during autumn. Then you realize that there are a lot of beautiful trees there!

Going into the countryside, you can go to the Veluwe or de Loonsche en Drunense Duinen or de Waddeneilanden.

Museums (even during the night)

But yes, it might get a little cold and rainy. Then what the Dutch like to do is to stay in or go out to places, for example the museums. And one special event is de museumnacht

During the museumnacht (museum night) the museums are usually open from 7.00 pm to 02.00 am. Special activities are often organised, such as guided tours or guest appearances by musicians.

The Dutch aren’t afraid to spend time outside sometimes. They put on extra sweaters, scarves and jackets, drink some gluhwein and out they go. The light festivals in the autumn are an example of that. The most famous and popular one is the GLOW festival.

This is a free light art festival where artists and designers from the Netherlands and abroad show light art and design applications.  The shows came about through the use of new media technologies. The first was held in November 2006 and every year, it grew a bit larger.

Another example of this attitude of dress up well, have a drink and have some fun are the Dutch beer festivals. Yes in autumn.

This is the time of year when the Dutch like to taste craft beers. In the last couple of years craft beers and small breweries have gained more and more popularity.

A popular festival is het Bockbier Fesival in Utrecht.

Maybe you are familiar with these typical Dutch dishes.

In this video you can see what foreigners think of this cuisine! It’s food that suits the autumn and winter seasons very well.

This is also the period when typical Sinterklaas foods like pepernoten and taai taai find their way into the supermarket.

Because Sinterklaas is coming to the Netherlands.

Sinterklaas arrives in the Netherlands in the middle of November. This is called de intocht. Sinterklaas arrives on a stoomboot (steamboat) from Spain, where he lives. His boat is full of presents and he has a team of helpers, (zwarte) Pieten. Now this situation might seem a bit bizarre. More about this in this blog. Link?

Sinterklaas is also known as Sint Nicholaas and on the 5th of December we celebrate his birthday.

In this blog you can learn all about this typical Dutch holiday.

Wat zeg je?! – What not to say in the Netherlands (8 examples)

Learn Dutch for… dating in the Netherlands ♥
Scroll to top