Wat zeg je?! – What not to say in the Netherlands (8 examples) 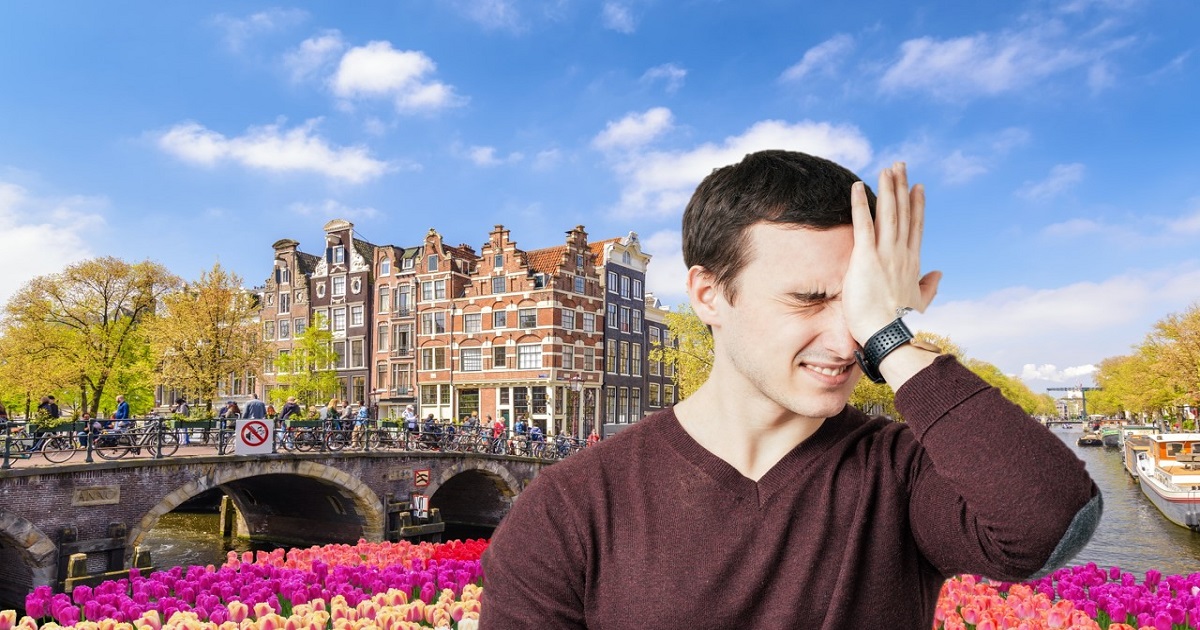 Your first steps in speaking Dutch are probably not the easiest ones. It might be a bit scary, practising new words, new sounds and new people to talk to. And you are bound to make mistakes.

First things first: you should make mistakes. I believe that making mistakes is part of learning Dutch.

But there are not only mistakes with grammar and vocabulary. In this blog I want to talk about cultural things. Things you should not say to a Dutch person, because it doesn’t go down very well here.

Let’s start with something that might come as a surprise if you’re in the Netherlands for the first time: the weather.

But don’t be fooled!

What you need to know is that water and the North Sea play a big part in the climate of the Netherlands. This means it’s pretty wet.  Also, it can change at any moment of the day.

Apps like buienalarm and buienradar are on almost every Dutch phone, to see whether it’s going to rain and what to take with you.

So instead, it’s better to say:

The Dutch are known for being frugal. Especially our neighbours, the Belgians and the Germans, see the Dutch as stingy.

So ‘going Dutch’ means that on a date you propose to pay only for yourself.

What you should say:

This is a very popular Dutch app with which you can send requests for money.

This is not my advice if you want to learn Dutch. Of course, you can say this, and you will probably get ‘yes’ as an answer.

But don’t forget. There are so many advantages to speaking Dutch in the Netherlands.

This one is very tricky. The foreigners who have lived in the Netherlands during Sinterklaas know all about this.

Sinterklaas is a festivity for children and it used to be celebrated with his helpers, the ‘Black Petes’. In recent years there has been a lot of discussion about it. And I mean.. a LOT.
I am not saying that this is a bad thing. I believe that the discussion is there for a reason. But what’s happened now is that people are very tired of it all.

Also, because it’s difficult to bring the two polarized groups together, my advice is to listen to both sides and try to make up your own mind. But be very careful about bringing this up in conversation.

There wasn’t one big magnificent public firework display, but everyone was allowed to buy their own. And they went crazy with this.

If you don’t believe me, here’s a video of expats talking about it.

But this year is going to be different. There will be a ban on selling fireworks. Times have changed!

Some people, like artists like Pharell Williams, Eminem and Tool just to name a few, think that Amsterdam IS the Netherlands.

These musicians all said “Hello Amsterdam”, when they were playing in a totally different place..

This concept is pretty normal in other countries like the United States. But in the Netherlands this isn’t really a common thing to do.

I’ve heard this happening a couple of times. The Dutch love sports and also winter sports, for example ice skating.

But for skiing you need mountains… And apart from some artificial ski slopes the Netherlands is pretty flat.

Learn Dutch for a presentation

The Netherlands: What to do in autumn?
Scroll to top