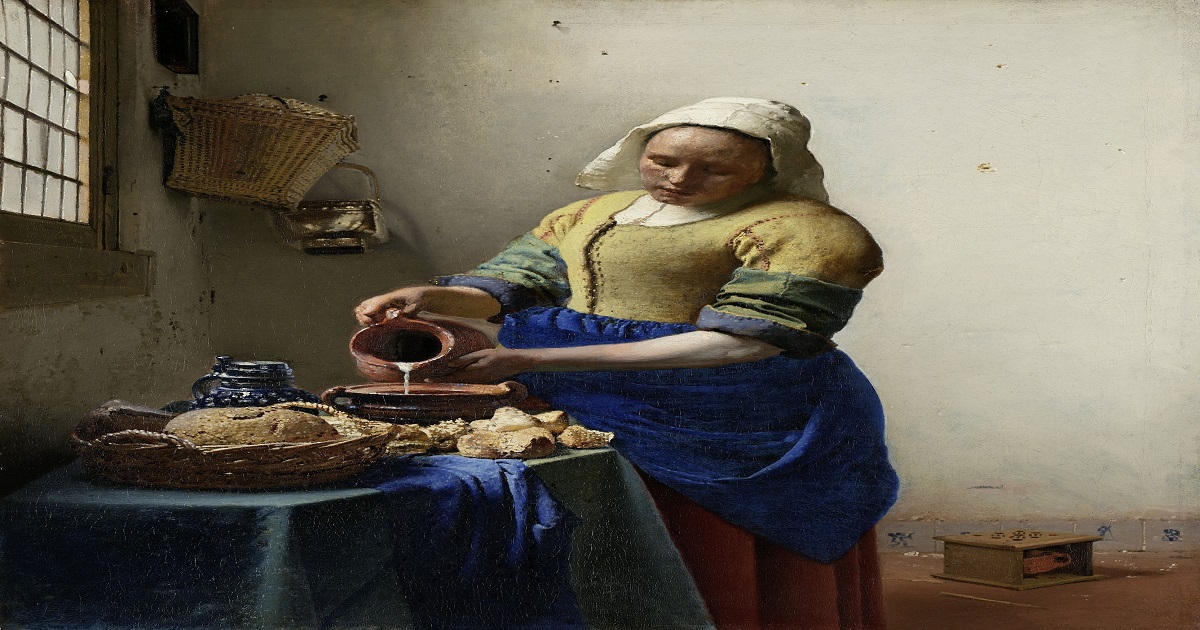 Asking newcomers to the Netherlands what they know about this country, you will hear a lot of different things:

In this blog I will talk about who I think are the most important artists. Of course, this is a short list and maybe you won’t agree.

So with these artists, the next time you’re asked about famous painters from the Netherlands, you’ll know exactly what to say.

Probably the most famous Dutch painter is Rembrandt van Rijn.

Rembrandt (1606 – 1669) is considered one of the most influential painters of all time. And you probably know The Night Watch. This painting is Rembrandt’s largest (379.5 cm high and 453.5 cm wide) and most famous painting and it’s a centrepiece of the Rijksmuseum in Amsterdam.

Rembrandt lived in the Netherlands in the Golden Age, which was the 17th century. The Dutch Golden Age was a period in the history of the Netherlands, when Dutch trade, science, military and art were among the most acclaimed in the world.

Painters of the Golden Age like Rembrandt are called Hollandse Meesters “Dutch masters”, and another example is Johannes Vermeer.

Johannes Vermeer (1632 – 1675) is one of the most famous Dutch painters that lived in the Golden Age. Vermeer had a preference for timeless, subdued moments.

Vincent Willem van Gogh (1853 – 1890) is famous for cutting off his ear. But there is much more to know about him. Van Gogh’s influence on the arts was enormous and can be seen in many other aspects of twentieth-century art. The Van Gogh Museum in Amsterdam is dedicated to his work.

Van Gogh is now considered one of the great painters of the 19th century, however, during his life he only sold one painting.

You probably know The Starry Night and Vase with Fifteen Sunflowers. These are now world famous paintings.

Piet Mondriaan (1872 – 1944), he changed his name to Mondrian when he moved abroad, is widely regarded as a pioneer of abstract and non-figurative art. In particular, his later geometric-abstract work, with its characteristic horizontal and vertical black lines and primary colors, is world famous and serves as a source of inspiration for many.

He was one of the most important contributors to the magazine De Stijl.

Mondrian’s last complete painting and the most famous is Broadway Boogie. This painting is considered the pinnacle of Mondrian’s representation using his pictorial vocabulary of lines, squares and primary colours.

In the last century another Dutch artist became famous. His name was M. C. Escher.

M.C. Escher (1898 – 1972) was a graphic artist known for his detailed realistic prints that achieved bizarre optical and conceptual illusions.

His engravings often depict impossible constructions, studies of infinity and geometric patterns (surface divisions) that gradually change into completely different forms. Some of the well-known representations he drew were designed around impossible objects such as the Penrose staircase.

Why you should visit Giethoorn when you’re in the Netherlands

Practise your Dutch? Go to Eindhoven! – My top things to do in Eindhoven
Scroll to top