10 Things you don’t know about the Netherlands 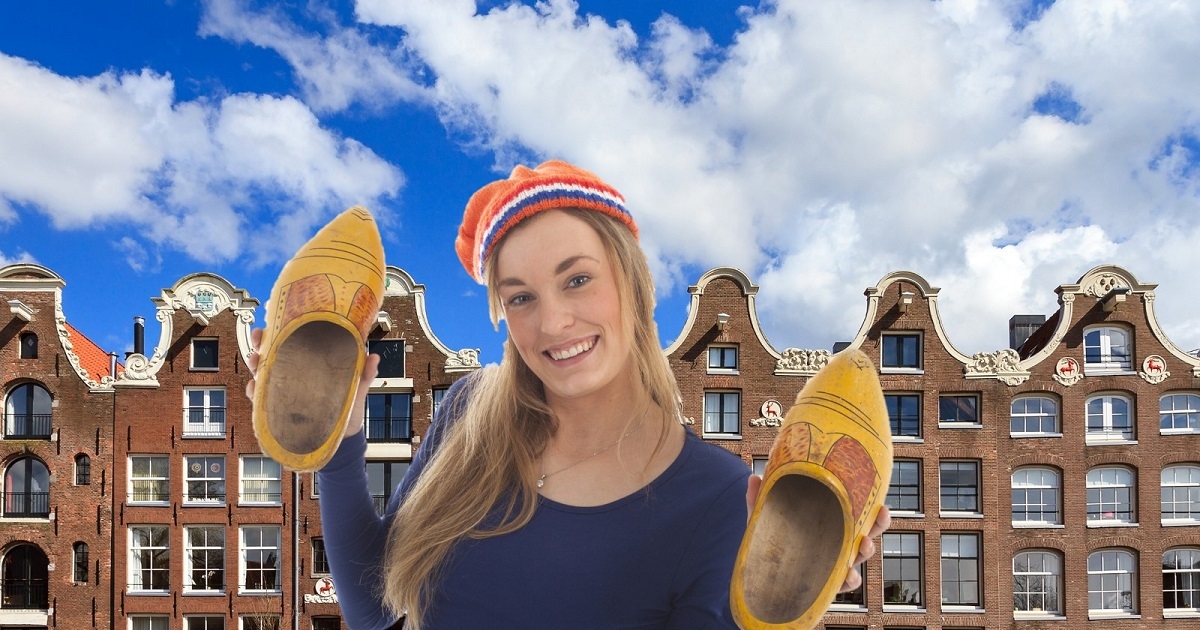 So you thought you knew the Netherlands and the Dutch people? But I think there are still a few odd things that you may not know.

Here’s my list with things you – probably – haven’t heard about concerning the country and the people.

Let’s begin with its name that seems to confuse a lot of people.

When people use ‘Holland’ they refer to the whole country, but Holland is just one part of the Netherlands. Holland refers to two provinces that are now called ‘Noord-Holland’ and ‘Zuid-Holland’. During the 19th century this area was the most important, with cities such as Amsterdam, Rotterdam and The Hague, and people started referring to the Netherlands as Holland.

And it’s true that during sports matches Dutch supporters like to cheer Holland, and it’s also used in ads and international campaigns because it sounds better. But it is still not the official name.

It’s been a while now, making it a national disaster, but try to experience the Netherlands when the football team is playing a big tournament. It is crazy! When the Dutch squad is playing, all work is set aside and everyone watches the game. You can join the big orange crowd in the city centres and celebrate big time when the team wins.

Maybe you won’t believe it, but the winning of the European cup in 1988 is still seen as one of the highlights of Dutch history.

The Dutch and the things they eat. I believe it’s something I could write a book about. First, let’s take a look at all the fried food we like to eat on or after a night out or on Sunday evening.

We like to eat simple, fried and fat. These things come together in the perfect combination of uit de muur eten (eating fast food from a vending machine). A famous muur is the Febo, and there you can also get friet met. If you want to experience the Dutch culture and so you order these, you will get fries smothered with mayonnaise.

So we Dutch put mayonnaise on our fries, but it doesn’t stop there. We also like to put pindasaus (peanut sauce), ketchup, curry-ketchup, onions, beef stew and many more things on the beloved fries.

And then there’s the one that beats all: kapsalon. Kapsalon (‘barber shop’) is fries, döner meat, a layer of cheese and then covered with onions and salad greens, served with garlic sauce or sambal, or even better, both.

In this video, students of the Dutch Summer School tell about their experiences with Dutch food.

A more diet friendly Dutch eating habit, besides the mandatory sandwich with cheese for lunch, is beschuit met muisjes (‘rusk with little mice’). Dutch tradition is to serve this after the birth of your child. Muisjes are made of aniseed with a coloured sugar coating. You can serve two colours: blue (if you have a boy) and pink (if you have a girl).

We move from eating during a celebration to dinner.

If you want to learn more about this, check out this lesson I made.

By the way, tap water is safe to drink in Amsterdam!

During the summer school I hear this question a lot: is the water in our hotel room or in a public rest room safe to drink? Yes! The Netherlands, and thus Amsterdam, has one of the cleanest tap water worldwide. So good water is actually free.

Flevoland is the twelfth province of the Netherlands. It’s located East of Amsterdam, but it wasn’t always there. It used to be the Zuiderzee.

At the beginning of the 20th century it was decided to close off the Zuiderzee and in 1932, the Afsluitdijk (enclosure dam) was completed, which closed off the sea completely. Now that this part wasn’t a sea anymore, it was called IJsselmeer (lake at the end of the river IJssel).

During the 1950s and 1960s all of the land was reclaimed. Nowadays almost half a million people live in cities like Almere and Lelystad.

You probably know that bikes are very important and one of the most used modes of transport in the Netherlands. Did you also know that there are more bikes than people in the Netherlands? Or that last year Amsterdam removed 24,000 abandoned bikes and 40,000 were seized for parking violations? Or that you can find the world’s largest parking garage for bikes in Utrecht with room for 12,500 bikes?

The sort of bike the Dutch ride ranges from an old piece of metal to the newest technology electric bike. And we can do anything on a bike. Although not safe and I would not advise you to do this, people: use their phone, carry an umbrella, and fix their bag on the back of their bike. All at the same time.

In this video students of the Dutch Summer School tell about their experiences.

I was inspired to put some of the things on my list by students who said this was very strange to them. Because for me, it was totally normal. Number seven on my list is one of these.

Students have told me that wandering through Dutch neighborhoods, it struck them that you could easily see what was going on inside people’s homes. House windows in the Netherlands are not closed off from the world. Instead, people are not shy to show their houses and they also use these big windows to show their plants or other decorations like candles or crystal ornaments.

The next item on the list is a strange tradition that a colleague from abroad pointed out to me years ago.

If you want to know about celebrating your birthday in the Netherlands, I made a video in which I discuss all aspects.

You probably know that the Netherlands is a flat country. The biggest ‘mountain’ is a hill in the south of Limburg called ‘de Vaalserberg’ with a height of 322 metres.

Because the Netherlands is mostly flat landscapes, wind has free play, especially during the winter and summer months. Winds are typically much stronger along the coast than they are further inland. That’s probably why the Dutch put a lot of hair gel on their hair!

Weed (grass, pot, wiet , stuff – whatever you call it) is not legal in the Netherlands. Most visitors to the Netherlands don’t realize this. Weed is “tolerated”, but it’s not legal. There is a tolerance amendment in the Opium Act that says that it is tolerated to buy, use and grow a couple of plants. But it’s not totally legal.

Inburgeringsexamen – part 5 of 5: The Knowledge of Dutch Society / Information...

What is: ´inborgering examen?’
Scroll to top