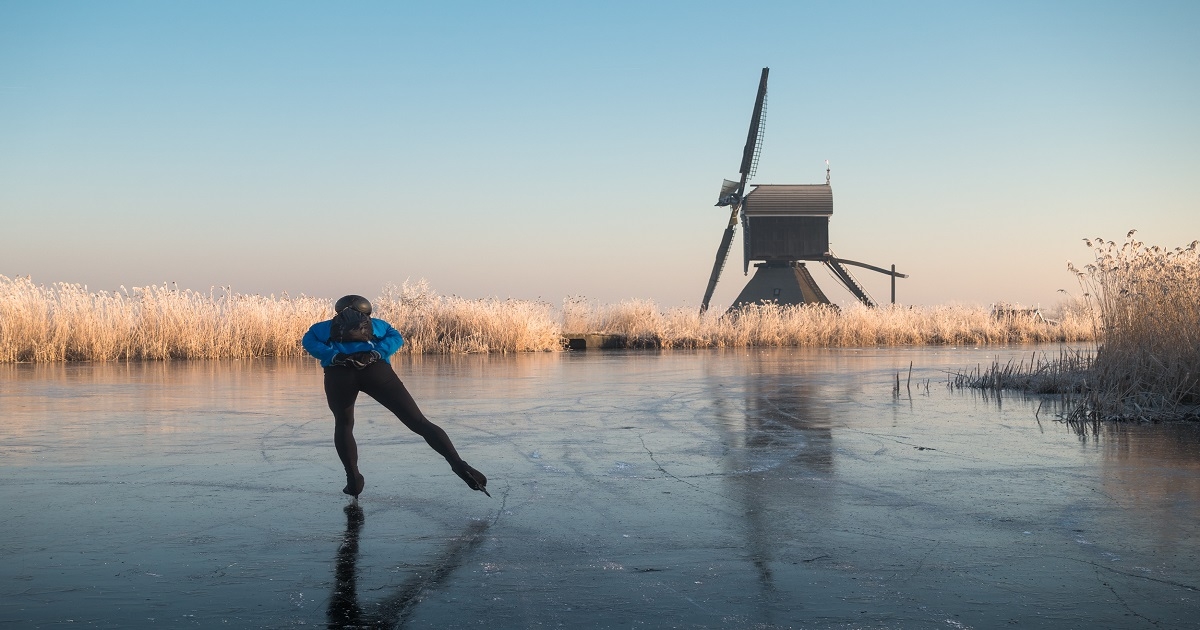 The Netherlands have some typical traditions: food, events and of course Sinterklaas!

Here I will tell you about some sports and competitions you might be surprised to come across when you are in the Netherlands. It’s time for 7 strange Dutch sports or competitions.

Let’s start with a very typical Dutch thing to do: riding bicycles.

1- NK tegenwindfietsen (Cycling into a headwind)

Yes, there’s regular cycling, where trained professionals cycle through beautiful landscapes, preferably in France. But there’s one game, each year, that’s one of the most Dutch things you can imagine: tegenwindfietsen. Cycling into a headwind!

So what is it? The NK Tegenwindfietsen is an annual Dutch Championship that takes place if there is a storm at the end of the year. The organisers supply you with a men’s bicycle  without gears and with a back-pedal or coaster brake. When there is a storm  coming, the competition is announced three days in advance and people can sign up.

Let’s continue with a race that now has gained mythical status.

The Elfstedentocht (eleven city tour) is an almost 200 km long skating tour on natural ice in Friesland, which is in the North of the Netherlands. Because of its distance and challenging nature, the Elfstedentocht is seen as one of the most important sporting events in the Netherlands. The tour can take place if the condition of the ice allows it, and the most recent race took place back in 1997. A long time ago!

We stay in Friesland for another typical Dutch sport.

This traditional sport with the Frisian name fierljeppen (pole vaulting), is a sport in which an athlete tries to cover as much distance as possible over a ditch with the aid of a pole.

If you watch a game of fierljeppen (pronounced as fierl – jeppen) you might be surprised by the height the players can reach. With a good chance of them not getting to the other side, it is a pretty entertaining sport to watch.

According to some, the oldest Dutch sport is klootschieten. The Dutch find this quite a funny name because kloot is an old word for testicle and there’s also the word klootzak (asshole).

Klootschieten is a throwing sport in which players, often divided into two teams, try to throw a lead-weighted ball (de kloot) as far as possible. In the Netherlands, this popular game is mainly played in Overijssel, Drenthe and the Achterhoek.

An English name for the sport is road bowling. This variant is mainly played in Ireland.

Beugelen is a traditional Dutch sport in which a heavy ball is set in motion with a sort of wooden shovel or paddle. It has a lot of similarities to croquet, which is better known internationally.

The intention is to make the ball roll through the ring in the middle of the course. This game is played in Belgian and Dutch Limburg and North Brabant (the Netherlands). It is one of the oldest ball sports in the Netherlands.

Now back to Friesland, where you can watch a good old game of kaatsen

Kaatsen is a sport where players try to hit the ball with the palm of their hand in such a way that it cannot be returned by the opposing team. The game is played on grass between two teams of three players each.

Kaatsen is one of the oldest ball games still played, and not only in the Netherlands. Internationally it is better known as Frisian handball or other variations.

Korfbal is a sport originally from Amsterdam. The game is based on the Swedish game of ring ball. Korfball is characterized by the fact that it is one of the few team sports that is not reserved for males and females separately: korfball is traditionally played mixed.

Practise your Dutch? Go to Den Haag – My top things to do in Den Haag