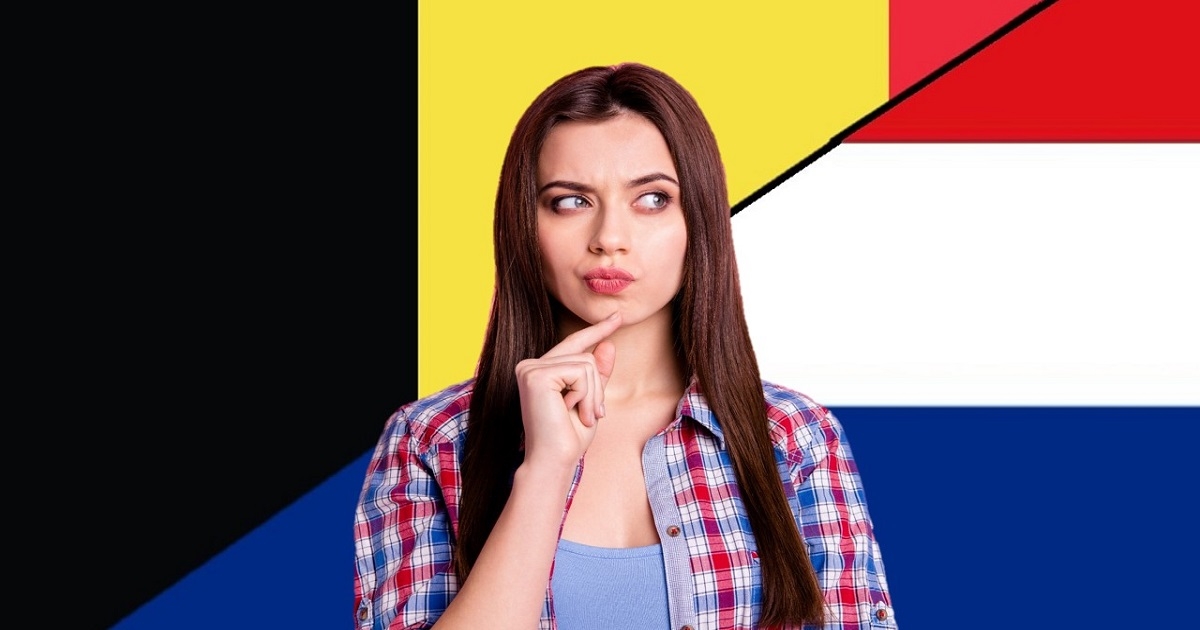 So you might be learning Dutch because you’re moving to Antwerp or Gent. But what are the differences between Dutch in The Netherlands and in Belgium?

Let’s start with where in Belgium they speak Dutch

They speak Dutch in Flanders

Dutch is an official language in Belgium, but it’s not spoken throughout the whole country. Dutch is mainly spoken in Flanders (Vlaanderen), the Dutch speaking part of Belgium. The ‘Belgian Dutch’ is called Flemish (Vlaams).

The good news  is that the grammar in both countries is exactly the same and in general vocabulary is comparable. And you will absolutely not have any problem, if you learnt Dutch in one country using it in the other. You can compare it to UK English and US English.

The differences between the languages in the two countries have to do with the pronunciation, cultural differences and certain vocabulary.

Let’s start with the differences between Dutch and Flemish pronunciation.

Differences in pronunciation between Dutch and Flemish

But if you look at the two languages, there is a difference in the [g] sound. The Dutch are known for pronouncing this as a strong sound. In Flanders this is voiced and pronounced softer.

Also the intonation of Flanders can be typified as more melodic than in the Netherlands.

When you start learning Dutch you might not hear the differences in the pronunciation. This is not a bad thing! In the end you are trying to understand Dutch, and the language is the same.

Cultural differences between Flemish and Dutch

According to Belgian people, one of the stereotypes of the Dutch is that they are direct and rude. You can find this difference in the usage of ‘jij’/’je’ and ‘u’.

If you are learning Dutch you might know that there are two ways of saying ‘you’:

U is considered pretty formal in the Netherlands. And the word is increasingly only used in very formal settings or when being very respectful. You only use this when you want to be really polite in the Netherlands. In Flanders, however, the use of “u” is broader and it can also be informal.

And also, whereas in the Netherlands “je” and “jij” are used, in Flemish they usually say “ge” and “gij”. The word “gij” is only used in the context of old texts in the Netherlands, analogous to the English word “thou”. But in Belgium it is a full substitute for “je” and “jij”. Also, “ge” and “gij” in Flanders are completely informal and thus are never a polite form.

The last big difference between the languages in the two countries is vocabulary.

In general, Flemish people understand Dutch people without any problems. But sometimes, there will be some confusion about certain words. For example:

“Plezant” is what we in the Netherlands call “leuk” (fun) whilst the Flemish word is, of course, very similar to the English “pleasant”. Or for debit card, in Dutch we say “pinpas”, while in Flanders it is normal to say the word “bankkaart”.

More information about Dutch and Flemish