DUTCH LANGUAGE TIP: U or jij? 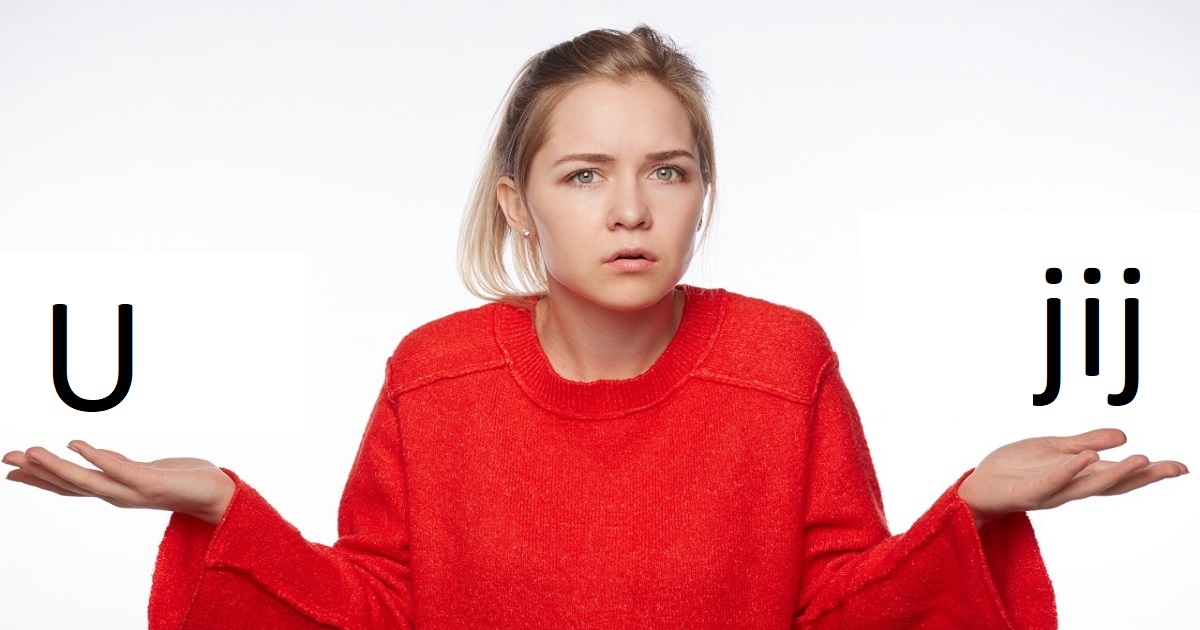 One of the first things you come across when learning Dutch are the personal pronouns.

Students often ask our teachers about the way the Dutch say ‘you’. Because, unlike English, in Dutch there are two forms for this.

Today’s blog is about the difference between U and JIJ.

Dutch Grammar – What are the personal pronouns in Dutch?

The words I, you, he, she are called personal pronouns.

In Dutch these words are

With jij and u, when you conjugate the verbs, the rule is you take the stem of a verb and then you add a ‘t’ at the end.

There is one exception! When the verb is in front of the subject, with ‘jij’ you lose the +t.

That’s the grammar. What about the way you should use it?

How to use them? – The difference between u and jij

Traditionally ‘u’ is used for politeness, respect and status, and for distinction and professionalism.

Jij or je are informal. It indicates closeness, friendship and trust. In recent decades ‘jij’ and ‘je’ are used more frequently, at the expense of ‘u’.

What makes it difficult?

It is not so much the grammar that makes this difficult. The difficult aspect is knowing when to use  these two words. What are the rules?

Dutch is a non-hierarchical country and language

In the last few decades jij is being used increasingly often. For example between colleagues, but also to managers, saying ‘jij’ is usual nowadays.

In many schools in the Netherlands nowadays there is confusion. This is certainly the case in higher education, where the pupils are also (almost) adults.

In France and Germany this is not a problem. Here your teacher is ‘vous’ or ‘Sie’. In the Netherlands, because students are more and more used to hearing ‘jij’ instead of ‘u’, they find it strange to say it. Especially when the teacher is not that old.

Not only companies like HEMA or Albert Heijn, but also the social media, the tax office and the police address the Dutch with jij or je.

Language tip about u and jij

My advice is: if you are not sure, start with u.

I know I said this is maybe a bit old fashioned, but still, most of the time this never goes wrong. You show that you are polite.

The only case where this could lead to problems is that people get offended because you think that they are old….

In business conversations it is sometimes best to start with u until someone (usually the client) asks to speak to jij. Then it is immediately clear.

For written texts my advice is the same. The one difference is, that you sometimes don’t know who you are talking to. Another thing to remember when writing in Dutch: try to stick to one form.

That means’ jij’ en ‘je’, all the time. But also the grammar and words related to this.

So the possessive pronoun of ‘u’ goes with the

Other words that are related are

What can you say?

If you are having a conversation and you want this to be cleared up, here are some sentences.

First, ask if you may say ‘je’

Or say that the other person may say ‘je’

Where to study Dutch in the Netherlands? – Why these foreigners like Drenthe...

8 Cultural DON’TS in the Netherlands
Scroll to top