8 Cultural DON’TS in the Netherlands 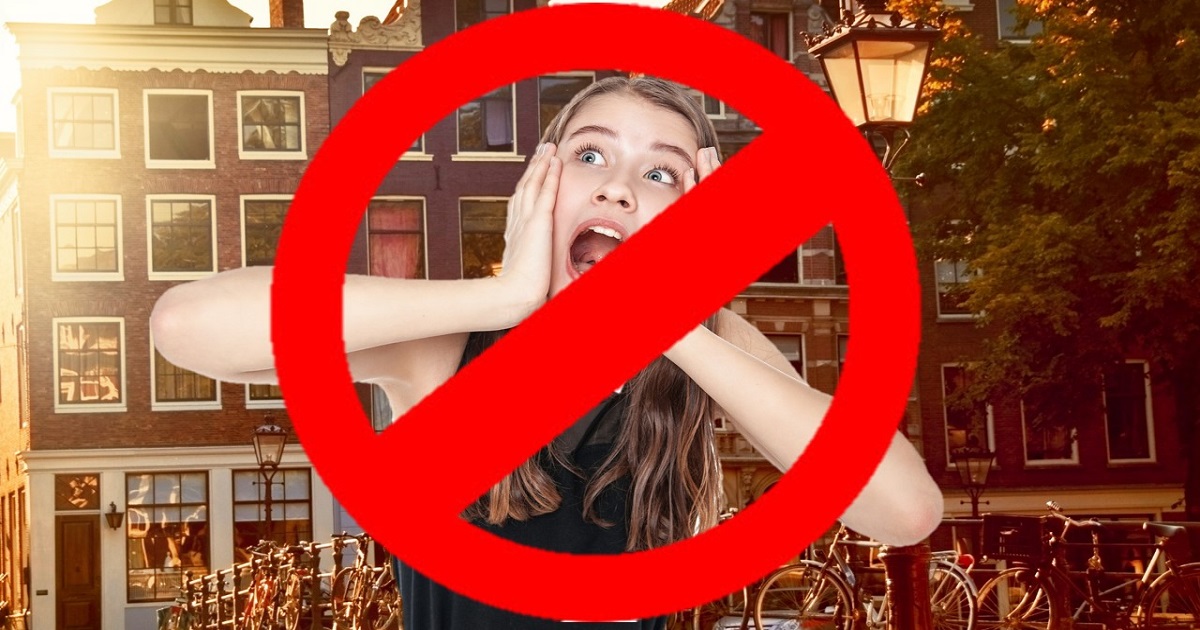 During the summer and winter school our teachers get a lot of questions about living in Amsterdam or the Netherlands. There are many ways of answering these general questions.

In this blog I wrote about what it is like when you are living as a foreigner in the Netherlands.

On the other hand, you don’t want to annoy the Dutch . It’s a good thing to know what NOT to do when you are in the Netherlands.

In fact, in the whole of Europe, the Dutch are the people that smoke the least marihuana. The famous coffee shops of Amsterdam are mainly patronised by tourists…

Although there are a lot of similarities. Most of the people are pretty tall, you see a lot of blond hair and football is pretty important.  Also there are similarities in the languages.

But remember! The Dutch are always willing to point that there are major differences between the two countries, and they are definitely not the same!

The confusion probably comes from the names. The Dutch are the people who live in the Netherlands.

But Dutch sounds like ‘Deutsch’, which is ‘German’ in the German language. And Germany is called Deutschland.

So be sure not to call Dutch people German!

Most people who visit the Netherlands are not used to the number of bicycles. In the big cities, and especially in Amsterdam, it can get quite frenetic. But remember, there is a place to stand still, look around and talk. That is the pavement. And there is a place where Dutch people are cycling at full speed and won’t be gentle with you if you stand in the way.

That is the cycle path.

Standing still there is a bad idea! The only good thing about it… you will learn a lot more new Dutch swear words!

The Dutch are known for being quite direct, and often they expect you to be the same.

Dutch people really like to plan things ahead. Not only at work, but also with friends.

It’s not unusual to hear:

So if you show up unannounced, they will give you a strange look .

But when it comes to their own birthday, you might end up in a circle. Eat something beforehand because there won’t be much food, don’t bring food and don’t forget to bring a gift which must NOT be money.

Most people experience the Dutch as a people who are very open. They are interested in other cultures and definitely willing to speak other languages, especially English.

But there are some limits to this. Don’t insult their county because the Dutch are pretty proud of it!

And yes, most of them speak English but learning Dutch if you are going to stay on in the Netherlands is pretty much essential.

DUTCH LANGUAGE TIP: U or jij?