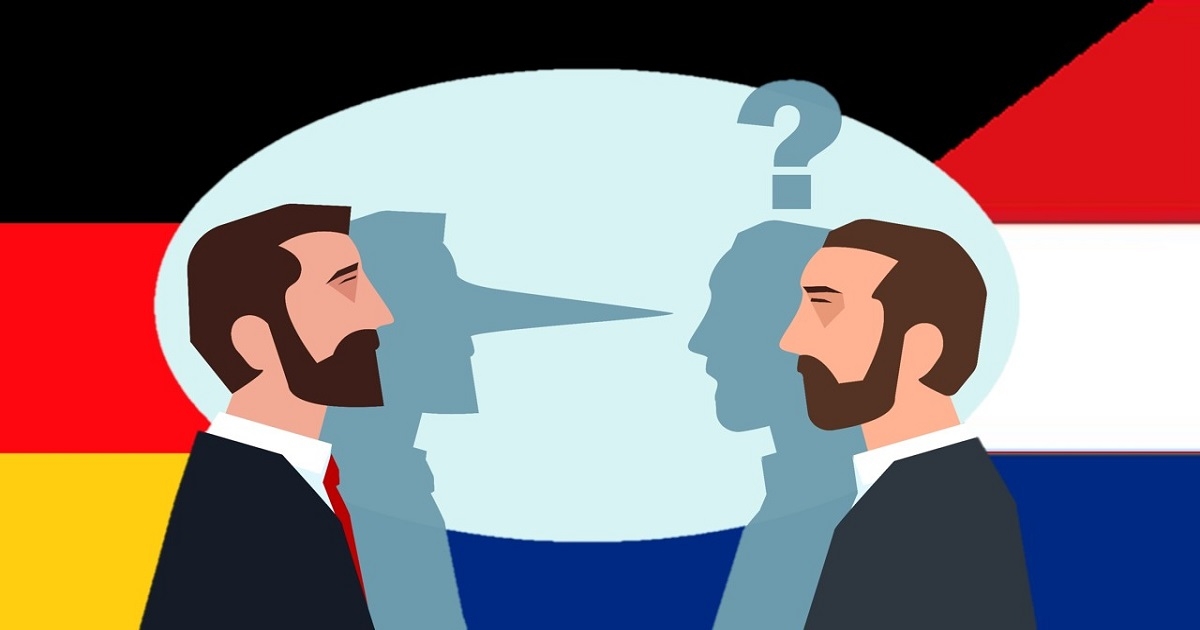 During the last summer school I heard that some students were a bit jealous of the German students. They say:

“It is much easier for them to learn the language and they don’t need to put in the same kind of effort.”

This is partially true. But the similarities are not always an advantage. The German students have to deal with a lot of false friends.

What are false friends?

False friends are words from different languages that sound or look the same, but have a totally different meaning.

You can always try to slip in a German word. There are enough similar words. But sometimes it can end up a bit awkwardly.

Let’s take a look at some of the most confusing false friends.

Verstehen in German means to understand. Verstaan in Dutch, means to hear.

This means that you can’t hear somebody, maybe because the phone isn’t working properly.

This means I don’t understand you.

This is a famous false friend, but still really confusing.

Dutch and German have the same origin and the first meaning of both Meer and See was still water or large body of water.

If you want to call someone, in Dutch you can say,’ Ik ga mijn broer bellen’. If you said bellen in German you would  mean barking. Barking like a dog. So if a German person were to say he ‘gebeld’ the whole morning, he would have been barking the whole morning.

Doof in Dutch is deaf in English. But in German if you want to say that someone is deaf, don’t say doof. Doof in German means stupid, taub is the word you’re looking for here.

‘Slim’ is a word that creates a lot of confusion. Not only between English and Dutch, but also between German and Dutch. The Dutch meaning of ‘slim’ is smart or intelligent. In German something ‘schlimm’ means ‘bad’.

This is also a very confusing ‘friend’. ‘Wie’ in Dutch means ‘who’. In German ‘wie’ means ‘how’. Looks similar, means something completely different.

Well this is possible, but you probably mean something else. ‘Fahren’ means ‘to drive’ in German whereas ‘varen’ in Dutch means ‘to sail’. Obviously, you do this on a boat. And while The Netherlands is full of rivers, canals and more, most of the time people are driving, ‘rijden’ in their cars or on bicycles.

In Dutch eng means scary. As in

‘Eng’ in German however means ‘narrow’.

English influence on Dutch: good or bad?
Scroll to top