Groningen! – What is it like and how do they speak Dutch? 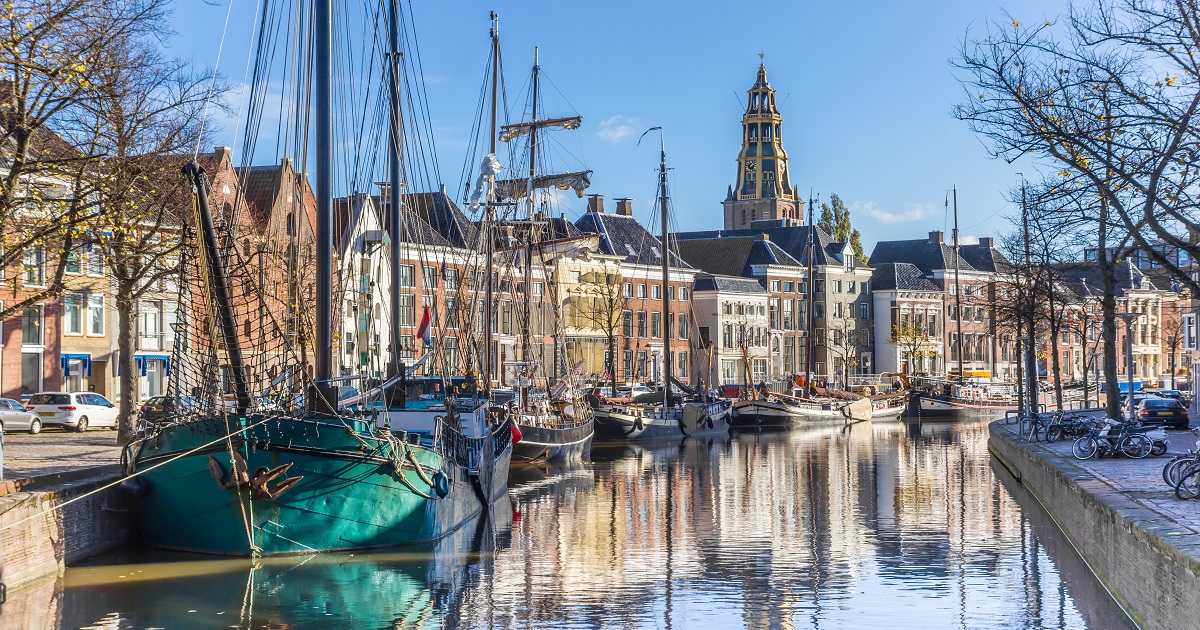 After the positive reactions to my blog about different accents I decided to continue with this series. In my earlier blogs I told you about the dialects of Rotterdam, Den Haag and Utrecht.

Today I want to tell you about the language of Groningen.

For most students who are learning Dutch, the name of this city is a nightmare, with those 2 g’s  (Gro-ning-en). What kind of city is Groningen?

Here is a little more information about the city.

For Dutch people living in the Randstad (North and South Holland) or elsewhere, Groningen is the first city they think of, when asked about northern cities. Also, people who aren’t from the north think it’s further away than Paris.

But actually, by train or car, it doesn’t take too long to get there.

About the city. Groningen is definitely the biggest city in the North. It is also a university city where student life is really important. There are more than 60,000 students, of whom almost 35,000 live in the city. Many of them are international students. And students who live in Groningen also stay there at the weekend.

Besides that, Groningen is a city with a rich history which you can see in the old part of the city.

What is it like talking with people from Groningen?

Learn Gronings: What is the typical dialect from Groningen

The language people speak in Groningen is called Nedersaksisch (Lower Saxon). This is a language that is officially recognized in the Netherlands and consists of a several Germanic dialects.

Nowadays around 65% of Groningen’s population can speak and write it. Whereas at the beginning of the 20th century, Gronings was still the most important language.

Even Dutch people, who are not from this area have great difficulty understanding it. After Limburgs, Gronings is the furthest from Standard Dutch.

So let’s see what the typical elements are of the Groningse language. First, a typical characteristic of Gronings is a different way of pronouncing the [–en] at the end of a word or verb, compared to Standard Dutch.

Maybe you know that words ending with [–en] are usually pronounced without the [n].

And there is also the difficult letter ‘r’.

Maybe you know that the letter ‘r’ in Dutch can be pronounced in many ways. Gronings has a rolling ‘r’, as at the beginning of a word. But to make it more complicated the ‘r’ at the end of a word is not pronounced.

Another sound that differs from Standard Dutch is the [a]. In Gronings this is pronounced more like an [o].

These are just some examples of the differences. There are many more, but too many to explain here. In addition, Groningen is a “fast” language. So, the pronunciation of certain words often blends with the previous or the next word.

If you think this is too complicated, don’t worry. Everyone who speaks Gronings, speaks Dutch as well.

Trying to sound like a local, or want to impress one? Here are some words and sentences to learn.

Learn some Groningse words and sentences

This the way people from Groningen pronounce the name of their city.

In the centre of Groningen stands the Martini tower. For the inhabitants of the city, the tower is nicknamed ‘d’Olle Grieze’, Gronings for ‘Oude Grijze ‘ (the Old Grey). The tower owes its nickname to its current colour.

This means,’ What a hassle’. In standard Dutch, boudel is ‘gedoe’.  It is one of the best-known expressions from Groningen.

Typical Gronings expression at the market. This means ‘Do you have a bag for me?’.

As an answer to ‘Hoe gaat het?’, most Dutch people would say, ‘Goed’. The down to earth people from Groningen would say, ‘It could be worse’!

Ja toch niedan?! – Learn how to speak Dutch like a Rotterdammer and my...