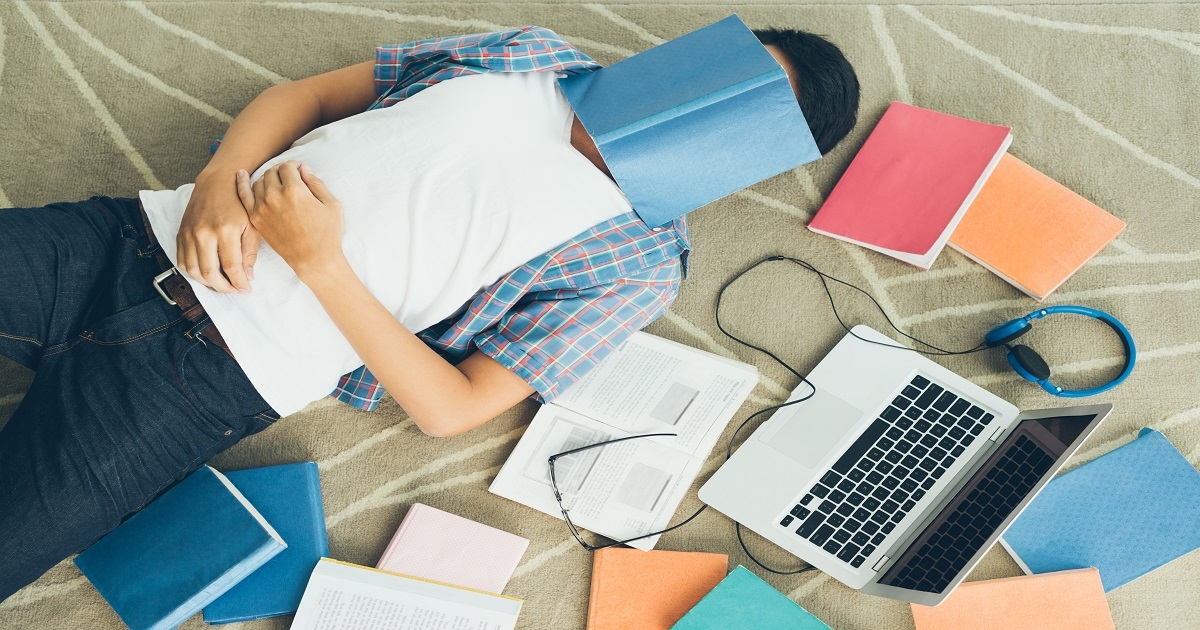 The Dutch Summer school is an intensive course. Which means classes and self-study, 5 days a week. And often halfway most students have a moment of despair.

Just some quotes I have heard at different times.

Yes, there is a lot of new information, and I know you have sometimes wished you could just go to sleep and learn the language.

Maybe you remember the episode from Dexter Laboratory where he learned to speak French in his sleep and all he could say was: ‘Omelette du Fromage’. Or like in The Matrix where they just upload new information into your brain.

So for those students who are desperate, this is good news! This is possible! Or is it?

Learn a language while you’re asleep

Once in a while scientists reach the headlines with this claim (1).

And the good news!

This research shows that it is possible to learn while you are sleeping.

But before we get too excited, and my teachers get too depressed, let’s take a closer look at the results. And if you look more closely at the results of this research you will see that the benefits of learning a language while you’re sleeping are very small.

In general, you can say that the only benefits are that people recognize these words better, but not because people really actively remember them.

So it wasn’t as if the doctors uploaded some information into the heads of the subjects.

Experiment to test if you can learn a language while sleeping

In Amsterdam, not too far from the Dutch Summer School location, scientists in the University of Amsterdam lab, conduct research into the influence of sleep on memory. For example, a test with Danish words and memory.

In one experiment the subjects heard a number of Danish words in their sleep that they had already learned the day before. So again, it was not the introduction of a totally new word.

After one night, hearing the Danish words had an effect. Subjects remembered more of the learned words than when they were not told anything.

So this is not going to help lazy students who just want to go to sleep and learn Dutch. How should you learn Dutch then?

My idea of learning a language successfully

In short, what do I think makes learning a language successful?

As a self-taught person, I know it is possible to learn a lot by yourself as long as the materials are well structured. Discipline is actually more important than money. I believe that a video is more fun than a (boring) book

Although you can learn the theoretical basis by yourself with self-study, you need others to practise what you’ve learned. Speak Dutch with your Dutch friends, relatives and colleagues as much as possible. Being in the country where the language is spoken is a major factor in learning the language fast.

I believe that interactive classes with a good teacher, contribute to a better understanding, better speaking and listening skills, a faster learning process, and it prevents learning things incorrectly.

Pushing your moustache and sh*t on marbels! – Another 10 Dutch prover...

Practise your Dutch: What about Den Haag? – My top things to do in Den Ha...
Scroll to top