Nou toch maar eens even – What are all those small words in Dutch? 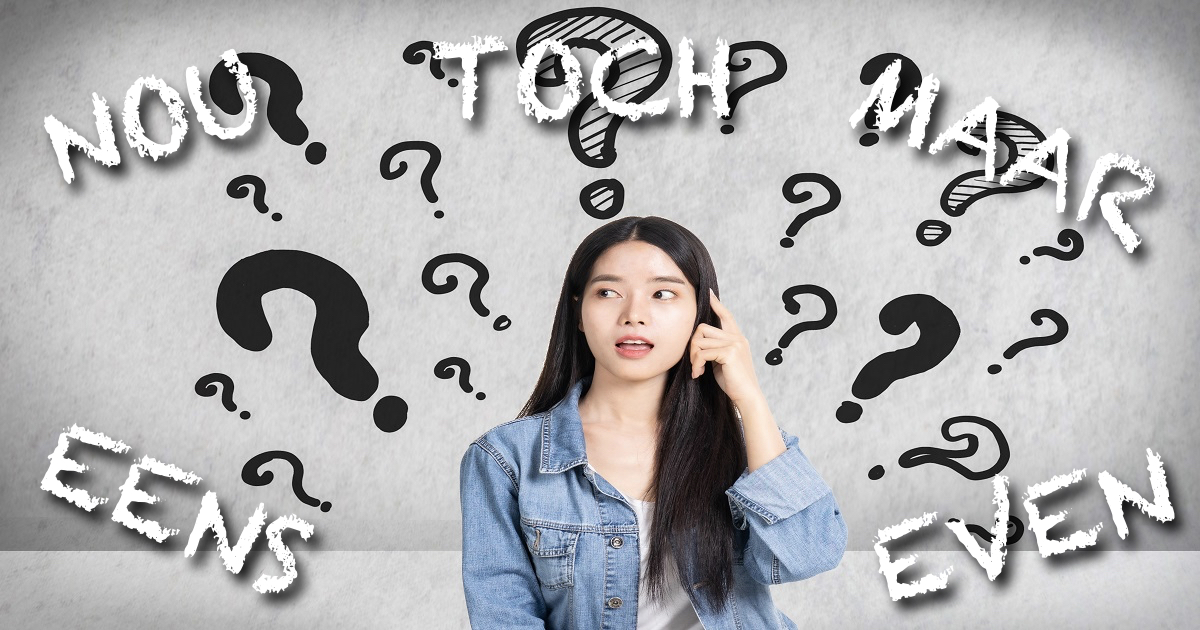 Dutch is not always an easy language. In this blog I want to talk about something that makes it more difficult.

Something I have heard more than once from my students is that there are so many strange little words in Dutch.

Especially in speaking, the Dutch tend to use a lot of small words. For the Dutch these small words add more emotion to the sentence. They make it more personal and fluent.

For you, as a foreigner trying to learn Dutch, you have no idea what these small words mean! And what makes it difficult is that often these words are difficult to translate directly into another language.

In this blog I will focus on what are known as ‘modal particles’ and ‘fillers’.

First, let’s start with the good news! You don’t have to use them yourself.

When you are learning a language, your sentence is still correct if you don’t use them.

My advice is, start with the basics, like the 1000 most common words or #dutchgrammar.

For understanding, this might still be a very relevant part of Dutch.

So which are the words you can’t understand? Here’s a list of some modal particles.

What do these words mean?

Like I said, it’s difficult to translate directly what these words mean. So what do they do?

Sometimes these words make your message it a bit ‘softer’, more polite.

For example, when using the imperative, giving direct orders and instructions.

Giving orders in the imperative is possible, but might sound a bit direct.

If you add ‘maar’ or ‘maar even’ it sounds less direct.

This  form is actually used a lot, when giving instructions. It might sound a bit rude, but in Dutch it’s quite commonly used.

Even means something like ‘for a short period’. Also, to emphasize it won’t take long.

To make it more polite you can add ‘misschien’.

Nou has the opposite effect, making it more direct. The Dutch use this a lot: nou, or nou toch.

At first you weren’t going to do this. But later you decided to do it anyway.

These modal particles are used often, and it’s difficult to guess what they mean. But they do have a meaning in the sentence. There are also words, that really mean nothing. These are called fillers

A filler is an expression without any meaning that a Dutch person regularly uses. In Dutch it’s called a ‘stopwoord’, because it’s a negative thing. You want to stop using this word all the time.

Want to sound like a real Dutch person? Add these words –randomly- to your speaking and you will sound Dutch!