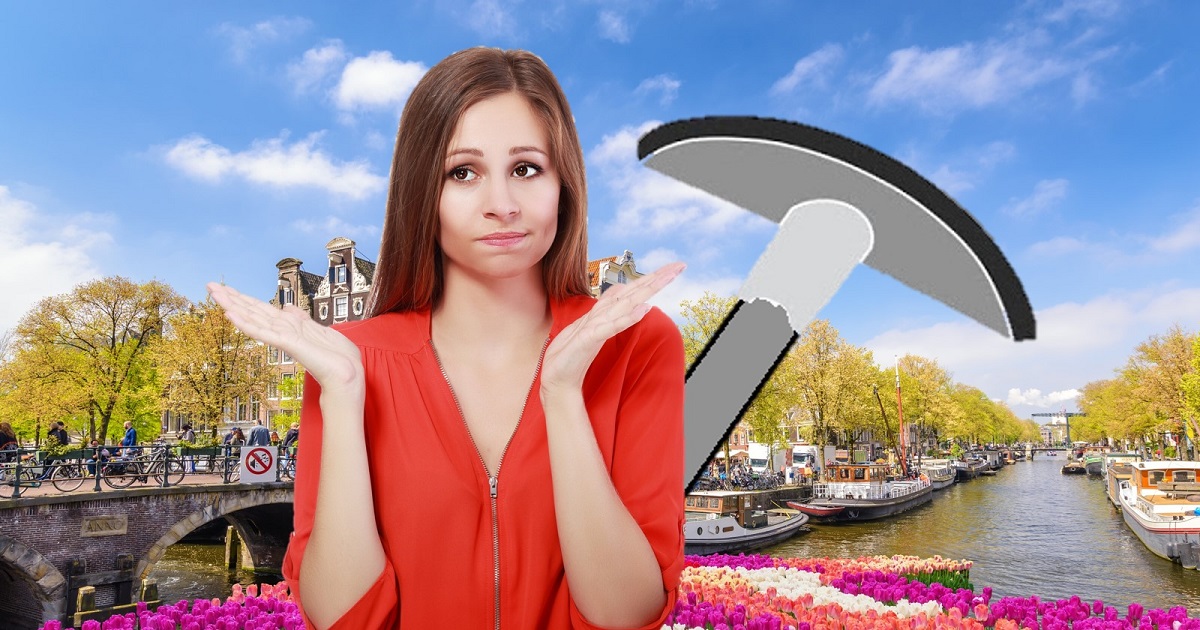 In my blogs, I talk about a lot of different subjects. I talk about the inburgeringscursus, about the Dutch language, famous people who speak Dutch. There is one thing that all my posts have in common, and that is that it’s related to the Netherlands, the Dutch and learning Dutch.

In earlier posts I talked about Dutch food and drinks, but there are some typical Dutch products that come with eating and drinking the Dutch way. So let’s take a look at something that might surprise you when you first see it: the flessenlikker!

If you look at the word you see ‘fles’ and ‘likker.’ You can translate these words to ‘bottle’ or ‘jar’ and ‘licker’, so it would be a jar licker. It sounds a bit strange and –maybe- Dutch. But what is it really?

A flessenlikker, sometimes referred to as ‘flessenschraper’ (bottle scraper), consists of a long handle with a rubber spatula at the end and it helps you to get every last scrap from the bottle or jar. It is usually used for the last bit of yoghurt, vla or pindakaas.

Some sources claim that the flessenlikker is a Norwegian invention, but the Netherlands is the only country where this household utensil has become really popular.

What’s the history of the flessenlikker?

Before the sixties, milk was not sold in cartons or plastic bottles, it was delivered in glass bottles. During that age, dairy companies came up with new products, such as yoghurt and vla (custard). And not only these products, also manufacturers of other products, such as peanut butter, jam, sauces, were inspired by the glass packaging of dairy products.

They used the successful packaging of the milk bottle for this as well.

The only problem, there was a lot left in the bottle after pouring!

How does de Flessenlikker work?

The way that a bottle scraper works is simple:

Why is the flessenlikker such a typically Dutch product?

There are two opinions about this.

The Dutch would say, the flessenlikker is a success because you just get more out of your jar. An economical way of living, nothing wrong with that, right? During the financial crisis a couple of years ago, there was an exponential growth in the sales of flessenlikkers in the Netherlands.

On the other hand, the Dutch are known as cheap and stingy, especially in our neighbouring countries, Belgium and Germany. The use of the flessenlikker for them is another example of the Dutch trying to get as much as possible for the least expenditure.

In this video, we asked students of the summer school about the flessenlikker. Most of their answers surprised us, as nobody seemed to know what it was. While the Dutch see this as just a regular everyday kitchen utensil.

Ever heard of Dutch carnival? – Tips for celebrating and surviving