Talking about the Netherlands: The windmills, tulips, bikes – where do they come from? 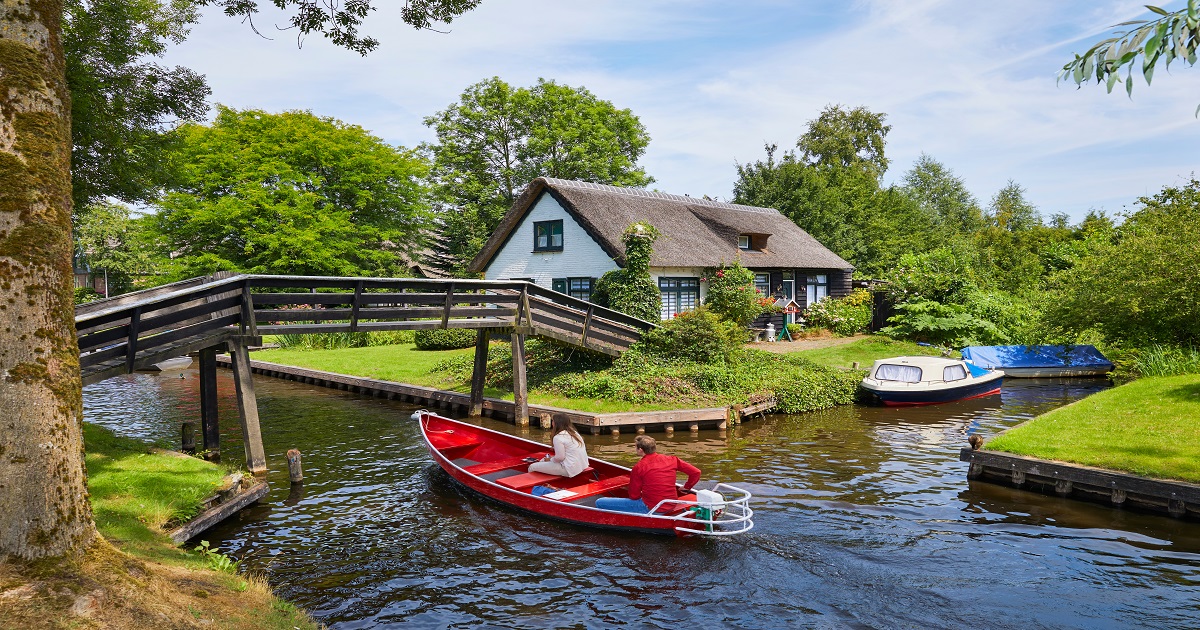 Thinking about the Netherlands, there are certain images that always come to mind and certain traits that are associated with the Dutch .

I have learned from foreigners that there are a couple of stereotypes of Dutch people. For example, the physical appearance of the Dutch is that they are all tall, blue eyed and blond. And how do the Dutch behave? The Dutch all do drugs and are stingy.

I showed here that this is not really the case.

These are largely based on false assumptions.

But what images do you see when you think about the country?

This is what I hear from foreigners or what you see in tourist information:

And unlike the stereotypes of the Dutch, these things really are typically Dutch. The tulips, windmills, bikes all have a history in the Netherlands.

Where do they come from?

The Dutch and water

If you want to know about Dutch history, there is one aspect that is essential to consider – water! Looking at a map of the Netherlands, you see a small country next to the North Sea. You will see that it also has a lot of lakes, rivers and canals.

The North Sea has always been a threat to the Netherlands. Why? Because a large part of the country is below sea level.

You could see the Netherlands as a very large (and still sinking) bath tub. This means that first the dunes and later the dykes and Delta Works protect the country from all the water.

You might be thinking ‘all right, interesting’. But what does this have to do with the stereotypical images of the Netherlands?

Let’s start with the windmills.

Why all the windmills in the Netherlands?

Not only did the Dutch have to fight back the sea, but about 500 years ago the Dutch started to actually gain land from sea. And one thing that was essential for that was the windmill.

Here’s how the wind mill works.

To gain land from the sea, you build a wall around an area of water. A really, really big wall. Like the Afsluitdijk which is more than 30 kilometers long. What you do next is to put a windmill on the wall. And with a genius system you pump the water over the wall from one side to the other.

And then you can do anything you want with the new land. Make a whole new province with big cities, for example. In 1968 the province that would later be called Flevoland was created with (now) big cities like Lelystad and Almere.

Now, there are a lot of Dutch people living where once there was just sea.

Kinderdijk is famous for its windmills which were built to pump water and are a huge tourist attraction. They have been on the UNESCO World Heritage List since 1997.

The canals of Amsterdam

Like the name says, Amsterdam was just a dam on the Amstel river. And before the Golden Age of the 17th century, it was just a town in the Netherlands, smaller than, for example, Utrecht.

One of the main reasons Amsterdam became so big was the fact that they designed the city with the canals. This way, boats had really good access to the city and so the city became an economic hub in Europe.

The place to be in the 17th century was Amsterdam. But there wasn’t much space along the canals and building was expensive, so what did they do? They built very narrow houses.

That’s the origin of the famous small houses. And the time of the great Dutch artists like Rembrandt.

What do bikes and tulips have to do with this?

That all makes sense, right? What about the other images, like the bikes, cheeses and tulips? You can read about those here.

Learn Dutch for a presentation
Scroll to top