Part 2 – Talking about the Netherlands: The windmills, tulips, bikes – where do they come from? 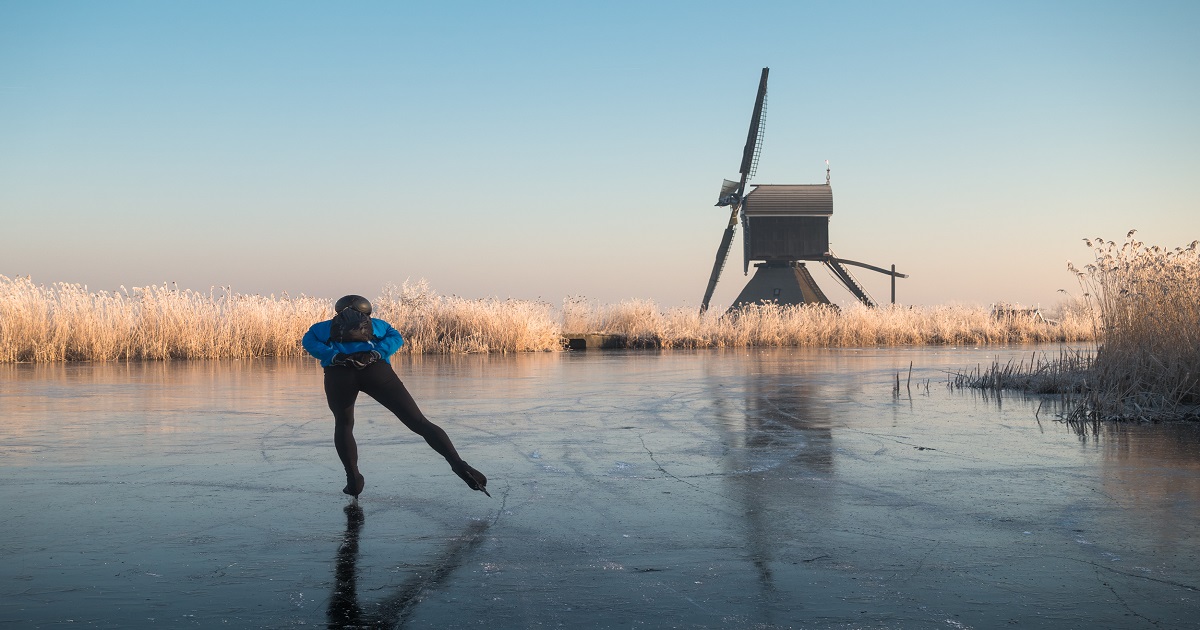 In this blog I wrote about some things that are typically Dutch. And about traits that are associated with the Dutch.

Here I talked about the connection with water. And that it is obvious that the windmills and the canals of Amsterdam are related to this.

But what about the other stereotypical images associated with the Netherlands?

Where do they come from? Why are they typically Dutch? I will tell you all about it.

Thanks to the water the Dutch make the best cheese

First, don’t say this too loudly in Italy, France or Switzerland. There are a lot of countries that think they make the best cheese. And it’s fair to say that each country has its own special cheeses.

But why is Dutch cheese so good and so popular?

Again, it’s about water, the land and the excellent fertile conditions where cows live in the Netherlands.

Not only cheese but also milk and other dairy products from the Netherlands are known to be of good quality.

The Netherlands is what you could call a real cheese country. That’s because we have been making cheese here for a long time and still like it. An average person in the Netherlands eats about 20 kilos of cheese a year.

Imagine that. That’s two of those giant cheeses per person!

And why are Gouda and Edammer cheese so popular? It is because the Netherlands was so important in the 17th century. The Dutch travelled a lot as they traded all over the world and they took with them their own specialty. Which in this case was cheese!

But, good to know, tulips are not REALLY Dutch!

Tulips originally come from the Ottoman Empire (now Turkey). They were imported to the Netherlands in the 16th century. During the Golden Age, this elegant and colourful flower also became more and more important. The tulip could be seen in paintings and during festivals.

In the middle of the seventeenth century, tulips were so popular that they created the first economic bubble, the “tulip mania”. The flower bulbs became so expensive that they were used as a means of payment until the tulip market collapsed.

Wooden shoes or clogs were ideal footwear for the muddy Dutch soil in the middle Ages. Leather shoes were unaffordable for a big part of the population.

And this continued until the 19th century when a big part of the population switched to more modern shoes.

There are a couple of reasons the Dutch ride bikes. But geological factors are really important. The fact that the acquired land is flat, like most other parts of the country, and the cities are relatively close to each other, makes cycling an ideal mode of transport. It is really easy to use a bike here.

And that is also the reason why we don’t use sports bikes. An old and almost broken bike is good enough in most cases!

What is cycling like in the Netherlands? You can see the opinion of students of the BLC Dutch Summer School in this video.

Yes, the cannabis leaf is something you see a lot. Especially when you look for pictures of Amsterdam.

But it has nothing to do with the water.

The wet weather and relatively cold winter make this not the best place to grow weed. But it has to do more with the liberal governments after the Second World War. Trying to control this, the weed is ‘gedoogd’ (tolerated). Which means it is officially illegal, but you won’t get a fine for carrying 5 grams or smoking weed.

Conclusion: are these things typically Dutch?

So yes, these images are all typically Dutch and most have to do with the water in the Netherlands. But on the other hand, you might be surprised how the Netherlands really looks  in everyday life when you visit the country.

The Dutch don’t put tulips in vases in their homes. And nowadays they only grow in a very specific region in the Netherlands, ‘de bollenstreek’.

And yes, there are still windmills. But you won’t see them in the cities. You have to look for them in the countryside. In the past, there were over 10,000 windmills in the Netherlands but now there are around 1000 of them.

And the canals and the houses, they are of course still there. But don’t forget there is much more to the Netherlands.

And wooden shoes? Not really anymore.

Learn Dutch for a presentation
Scroll to top