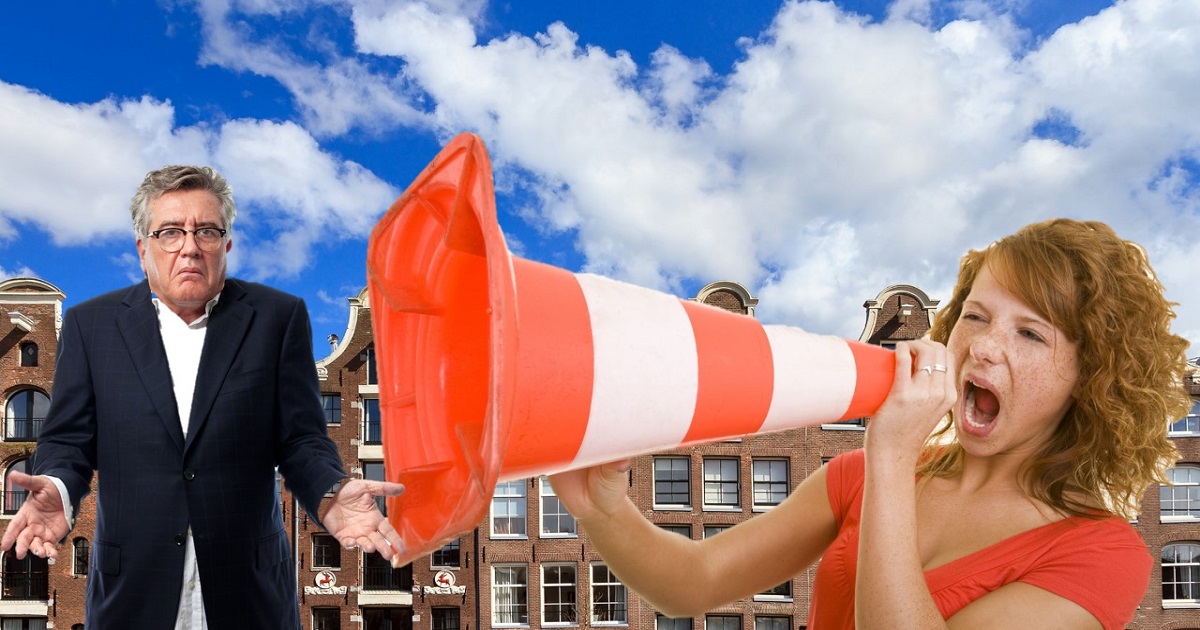 Examples of Dutch swear words are: kut and godverdomme!

Be aware that these the words are swear words. So be very careful if you think of using one of them in everyday life.

The Dutch are known for creating other types of swear words. Earlier I wrote about 9 funny Dutch swear words.

But there is more! The following swear words are also strange and funny, but still, mostly not recommended to use.

Maf is Dutch for crazy. It’s a more old-fashioned version of gek. And the ketel is a kettle. When someone is acting strangely, he’s a mafketel.

If this person is a man, you can also call him mafkees, after the Dutch first name Kees. The plural is mafkezen.

And no, there is no female version of a mafkees.

Babbelen is a verb which means to chat. And your kont is your ass. Other words for kont?

Don’t be shy, be creative like the Dutch, babbelbips!

You’re half done, half baked or half cooked.

This means you are not so smart or being too clumsy.

Foreigners coming to the Netherlands are often surprised by the Dutch weather. It changes so often, and not infrequently is combined with rain and showers.

If you think, this is an excuse for not using your bike. You are wrong.

A cheese head, this sounds like something very Dutch, right?

Originally a kaaskop (cheese head) is a wooden, bowl-shaped cheese mould into which an Edam cheese is pressed.

But later, kaaskop actually came to characterize someone as a stubborn, closed minded typical Dutch person. And more specifically, this is best used for someone from Holland (the two provinces North and South Holland), the cheese area of the Netherlands.

So it might happen that people from the south, i.e. Limburg or Noord-Brabant, which have less history with famous cheeses like Gouda or Edam, would call someone from Noord-Holland a kaaskop.

It’s not unusual to combine cheese swear words with a milk reference.

Having melkbenen means you have very white legs.

Kaaskoppen often have these. They love to stay inside, and when there is sun, they wear shorts which show their long white legs.

This one really aims at hurting someone’s feelings. You are comparing this person with a horse, by saying Horse face

By the way, this one is also used in a Dutch expression when there is almost nobody there.

Vies is dirty. A peuk is a cigarette stub or cigar stub. In the Netherlands, the term can also refer to a cigarette.

Dirty here is more in relation to indecent acts or talk.

Calling someone a ransaap is not too uncommon, as well as calling someone a smeerpijp. Smeer can be from two things: smerig (dirty) or smeren (to lubricato, grease or oil). Pijp is like pipe in English.

The pipe is gesmeerd (oiled) or smerig (dirty) in both cases, this is just a filthy pipe. And when someone hasn’t showered for more than a week, don’t hesitate to call him or her a smeerpijp!

A second language in the Netherlands?! – Frisian

Gezelligheid and the Dutch– What’s it all about?
Scroll to top