8 Things NOT to do when in the Netherlands 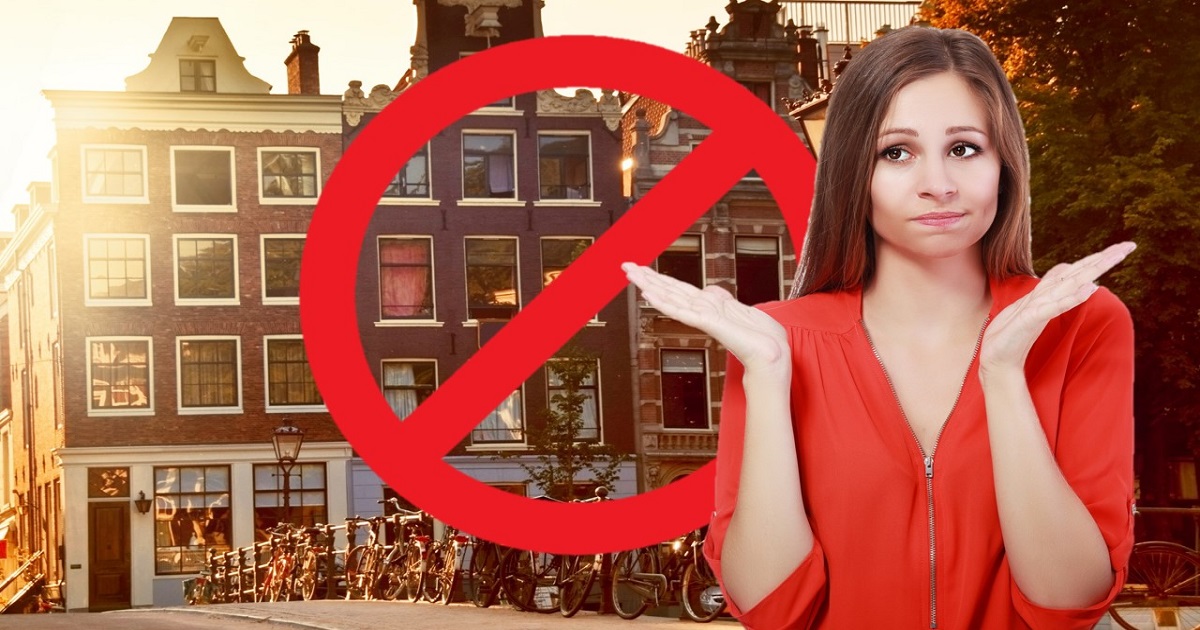 If you are here for a vacation, permanently or for learning Dutch, here are my 8 things you should NOT do when you are in the Netherlands.

You will be surprised to see that there are people who really think this country is called Amsterdam. Not least are musicians or artists who, no matter where they are in the Netherlands say, ‘It’s so nice to be in Amsterdam’.

So once you’ve visited Amsterdam, take the train to see Utrecht, Den Haag, or Groningen – just to give a few examples.

And when you are in Amsterdam, in public places people might even start by speaking English with you. But once you leave Amsterdam, it’s different. Certainly, out of the tourist areas there are a lot of people who aren’t comfortable with speaking any language other than Dutch.

In Amsterdam, especially, there is way more to see than the usual attractions. Of course, the Rijksmuseum, the canals and the coffee shops are interesting and worth visiting.

But don’t think it ends there.

Each neighborhood in the city has its own interesting things to see and do.

Amsterdam is the city of sin. There are drugs, women, parties, anytime day or night.

Well, this is not quite the case.

In fact, Dutch people, are just normal people who need to go to work. This image is predominantly for tourists. In the red light district or in coffeeshops you  only get to see people who are NOT from the Netherlands.

A little reminder: Holland is the name that is used because it’s easier and more marketing friendly, but the Dutch don’t say they are from Holland. The name Holland comes from the time when two provinces, North and South Holland, used to be the most important part.

The only occasion the Dutch call themselves Holland is during a football match!

You might think you can ride a bike. But before riding it in a big city in the Netherlands, you should be aware this is something different. Dutch people are used to cycling in crowded places, cycle really fast and think you think the same.

Also, don’t block the pathways. If you are new to the country it’s perfectly normal that you might get distracted and end up on the cycle path. But remember that the normal quite polite and liberal Dutch people turn into rude Dutchies on their bikes.

Yes, together with Amstel, it’s the most popular beer. But there are way more.

In fact, where neighbouring countries like Germany and Belgium used to be known as good beer countries, in the last few years in the Netherlands lots of new beers and breweries have popped up.

Something that is really good to know beforehand, and that even European visitors find strange.

The Netherlands is the country where you pay with your pin. Cash is most of the time possible, but there are places where you can only pay with a ‘maestro’. Keep some cash, to get the tasty fried stuff out of the wall or at the market.

What are the Dutch like? – Differences between the people living in the N...

Maastricht! – Learn how they speak Dutch and my top things to do in Maast...
Scroll to top