Maastricht! – Learn how they speak Dutch and my top things to do in Maastricht 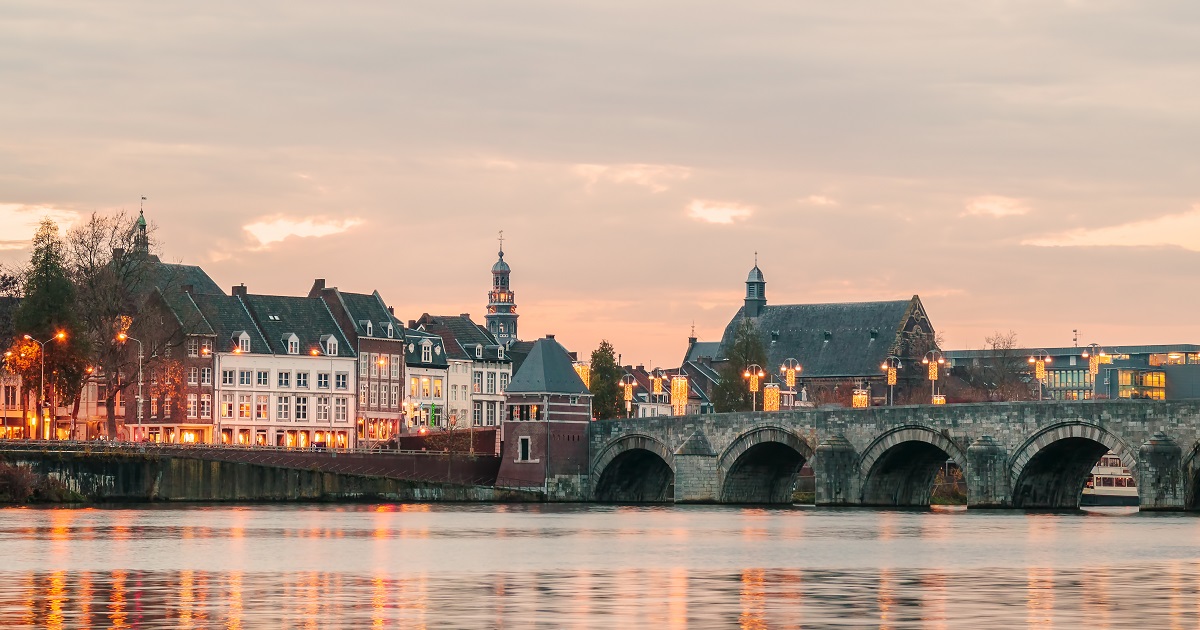 After the positive reactions to my blog about things to do in the Netherlands I’ve started a series of blogs about cities and places. In previous blogs I talked about Den Haag, Groningen Rotterdam and Utrecht.

Today I want tell you about the language of and the things you can do in Maastricht.

For this I am not just using my own experiences. During the summer school, I’m surprised to find that students can give me great advice for things to do in my own country.

Maastricht is the most southern city in the Netherlands, situated between Germany and Belgium. It is a popular student town and, due to its location, very international.

Maastricht is one of the oldest Dutch cities, dating back to 50 BC. It was the first place in The Netherlands where the Romans had a settlement, where its proximity to the river Maas made it a strategic location.

But Maastricht as we know it today was founded by the French in the 18th century when Louis XIV besieged the city and proclaimed it the capital of one of his provinces. To this day, many people from Maastricht have French names, and design, hotels and restaurants are definitely influenced by the French.

Learn Maastrichts: What is the typical Maastricht dialect / accent

In earlier posts I wrote about different accents, like Rotterdams and Utrechts. The people who spoke with these accents were usually fairly easy to understand. Some of the sounds or conjugations varied, but that was it. They are relatively close to the Dutch you are learning here.

I have a friend from there, and if he decides to speak Mestreechs, he’s lost me. And that even for a Dutch teacher! In short, it is a very different kind of Dutch than what you are used to.

Not only is it very different, it is the most vital city dialect of the Netherlands and most probably the dialect with the oldest and strongest written tradition.

People from Maastricht are proud of their dialect!

The Maastricht region has a diversity of vowels. Some of these vowels do not occur in Dutch, and some of them are quite difficult for Dutch people living outside Limburg to pronounce. There is an audible difference between [ou] and [au], and between [ei] and [ij].

The influence of other languages, like French and German is more clearly noticeable in the vowel arsenal and vocabulary of the Maastricht region.

What are the things to do in Maastricht?

The St. Servatius Basilica is a church building in the historic centre of Maastricht, situated between three squares, the Vrijthof, the Keizer Karelplein and the Henric van Veldekeplein.

The church is built on the grave of St. Servatius and is considered to be the oldest remaining church in the Netherlands.

The bookshop is located in the more than 700 year old Dominicanen Church and has been proclaimed by the English paper THe Guardian as “The fairest bookshop of the world, a bookshop made in heaven”. A beautiful location with a rich history that creates an impressive and unique atmosphere.

Bookstore Dominicans has the most complete and varied assortment of books in the city of Maastricht.

You might know about this festivity because carnival is known all over the world, but in many forms and shapes. And the way it is celebrated in the Netherlands could just be a bit different than you’re used to.

It falls within the Christian tradition on the Sunday, Monday and Tuesday immediately before the 40-day fast.

As in many other places in the Netherlands, Maastricht pays a lot of attention to carnival costumes (pekskes) and face painting. The outfits of Maastricht carnival celebrities are traditionally very imaginative. In contrast to the Brabant carnival, where the farmer’s simple red neckerchief is popular.

8 Things NOT to do when in the Netherlands

Tips for improving your writing in Dutch
Scroll to top