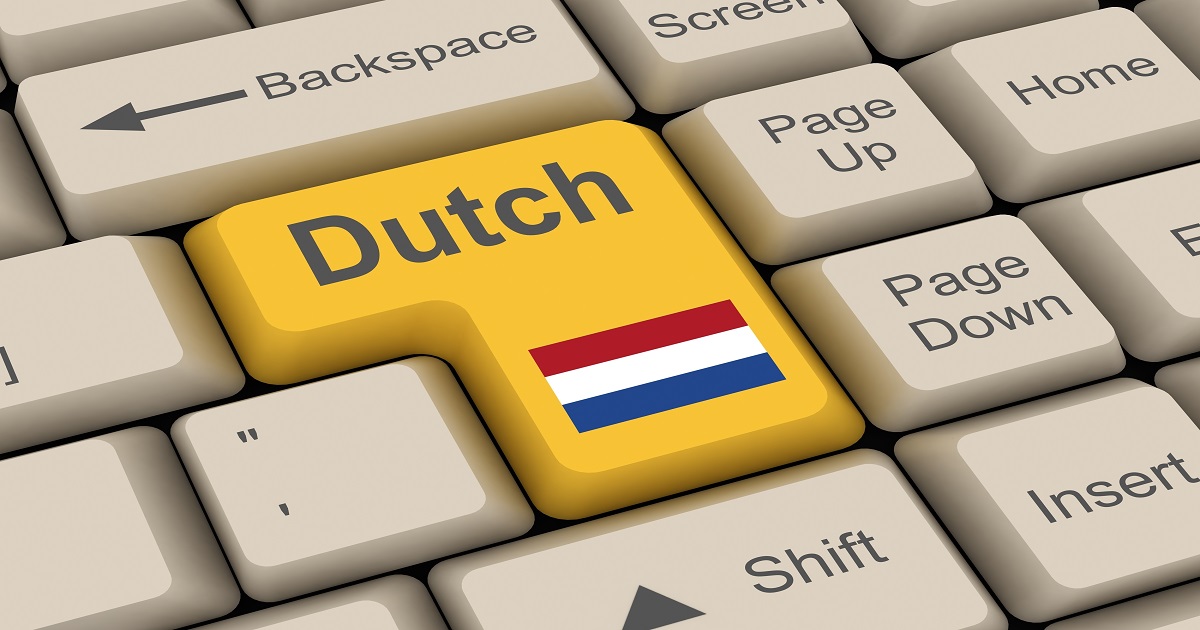 Earlier, I wrote about fun facts in the Dutch language. For example, did you know that the Dutch dictionary is the largest in the world? Or that we have found Dutch texts that are more than 1000 years old?

In this blog I present some more fun facts about the Dutch language.

This is the average vocabulary of a Dutch adult. Sounds like a lot, right?

If you’re learning Dutch and you’re getting discouraged, hold on a second!

That is passive knowledge of words which a Dutch adult knows the meaning of when he sees or hears them. There are also a lot of English words in this group so you won’t have to learn them all. Between 1500 and 2000 is a good start. This video can help you with that.

94% of the Dutch speak at least one foreign language, and 77% speak at least two languages in addition to Dutch. Of the Dutch, 90% speak English, 71% German and 29% French at a level where they can have a conversation.

Learning Dutch as a second language is a rocky road. And one of the things that is unavoidable is making mistakes. After a while you start having conversations with Dutch people. And what do you hear? They make mistakes as well!

An example of a frequently made mistake is using ‘hun’ as a personal pronoun, instead of using zij.

Learning Dutch is about grammar and vocabulary. It is about learning, reading, writing and speaking. All these things concern the learning of the language. But the good news is, you are training more than just your Dutch knowledge. You are training your memory and you become more social.

Not only do you get more skills. Alzheimer’s and dementia are less likely to occur when you study a second language, in this case, Dutch.

If you’re looking at the languages spoken in Europe, Dutch ranks at number 8. There are around 23 million speaking the language, mostly in the Netherlands and Belgium.

This is the title of a book by Herman Koch. It is the most translated Dutch book. It is for sale in 37 countries and in 33 different languages. Besides the fact that it’s a good book, there is a special edition for people who are learning Dutch as a second language. I can recommend this one!

This book was the basis for 3 (!) movies. One in Dutch, in Italian and English.

Like in any country, swearing is not uncommon in the Netherlands. Just walk a second on a cycle path in Amsterdam and listen.

Not only have a lot of English swear words found their way into Dutch, but also the names of diseases are pretty commonly  used.