QUOI?! – The French language in Dutch 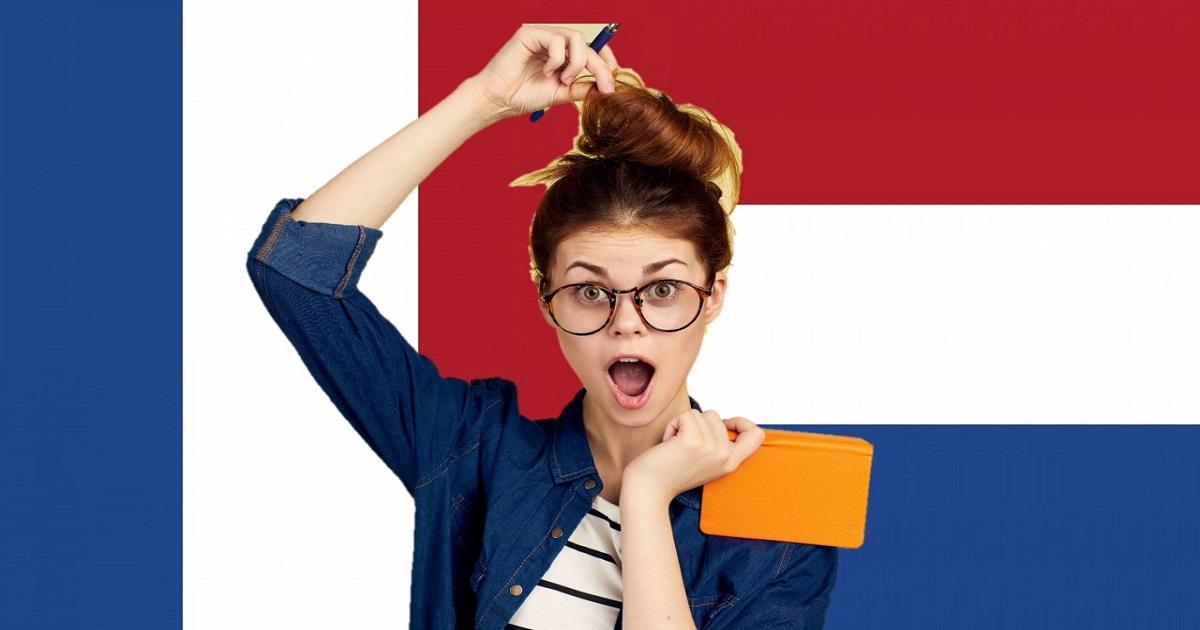 You might know that Dutch is not an isolated language. It has a lot of connections with other languages. I have already written about the connection between English and Dutch, and German and Dutch.

There is also Dutch as spoken in Belgium and Dutch in the Netherlands.

During the summer school we get quite a few students who are from France and other French speaking countries. And they see a lot of similarities.

In this blog I want to focus on the influence of French in Dutch. With the help of these students, I was able to write about the French words you can see in Dutch.

French is a BIG influence on Dutch

It might come as a surprise to you but most foreign words in Dutch are from… France!

If you look in the Dutch dictionary you can find that almost half of Dutch words (!) are of French origin. They used to be French loanwords.

These French loan words are quite common: most of them were used before 1950, and now they have a permanent place in the Dutch language.

You might have thought that because of the Dutch love for English, English loanwords would be dominant in Dutch.

But this is quite a new phenomenon and the English loanwords are quite unstable. A third to a half of them simply disappear after a while.

How did French words end up in Dutch?

Before I show you the French words that ended up in the Dutch language, let’s first see how they got there.

The French language was a big influence on Dutch for a long time.

In the 17th, 18th and 19th centuries French was the language of the European elite and functioned as the lingua franca, the common language that was used between different nationalities.

France played an important role in politics, with Napoleon, and The Netherlands was even a part of France for a short time, from 1810 to 1813. During this period, French was, as well as Dutch, the official language.

One of the reasons Dutch is so difficult to pronounce is all those different origins of words!

Here are some examples

Another example is in the Dutch coat of arms. If you ever get a Dutch passport , you will find it has a French motto: Je maintiendrai (“I will maintain”).

Dutch influence extends not only to English. There are some words that have found their way into the French language!

One of the most common words in French with a Dutch history is mannequin (model). The French word mannequin comes from the Dutch “mannequin” or “manneken” in the Middle Ages, when Flanders was the centre of European “haute couture”.

You might think about the Tour de France, that it doesn’t get more French than that. But “etape” comes straight from the Dutch word for “pile”, which is “stapel”. In the sense of pile, a place where merchants gather their merchandise.

You see boulevards in all French cities, and also in a lot of other countries, but “boulevard” comes from the old Dutch-sounding word bastion.

Open to all languages

During the 19th century, French power declined and other languages became influential in the Netherlands.

Not only was there an influence from the people who came from the colonies to the Netherlands but English became more and more important.

Is that a bad thing? You can read my opinion about it.

Is Dutch a useful language to learn?

Nou toch maar eens even – What are all those small words in Dutch?
Scroll to top