Lesson 22 deals with football vocabulary. Perhaps not that interesting for the female part of the population, but for Dutch men football terminology is certainly belonging to the 1000 most common words. Football (soccer) is very popular in the Netherlands and the Dutch team is usually performing well in the international championships. Highlights are the world cup finals in ’74, ’78 and 2010 (unfortunately lost) and the won European cup in 1988. Most famous Dutch teams are Ajax, Feyenoord and PSV. 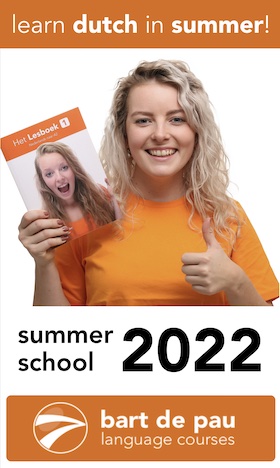